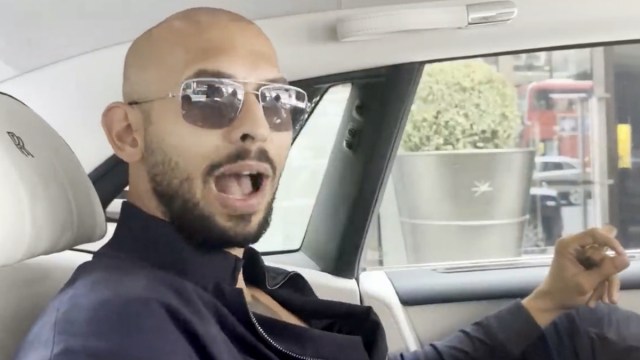 It’s nearly been impossible to log into social media over the last week without seeing the name Andrew Tate — especially if you pay any attention to the influencer sphere.

In addition to troubling behavior in classrooms motivated by his video content to a recent ban from Instagram and Facebook, under the Meta umbrella, Tate is continuing to make a name for himself that is anything but positive.

A new thread on Twitter is gaining traction as a babysitter shared an experience she says happened as she picked up the children she watches from summer camp.

The thread grows more concerning as she realizes that the boy has heard Tate’s videos and started adopting his way of thinking. Of course, some might question the validity of the claims against him — but there are an overwhelming amount of similar experiences on various social media platforms.

She ended the thread with a promise to talk to the 10-year-old about his behavior and Tate’s negative influence on children, in addition to talking to their parents. She also sent a message to Tate within the tread, telling him exactly where she thought he would go.

The replies to her tweet ranged in support from those who had experienced similar things to people doubting her story completely. Some responses didn’t acknowledge that anyone could watch Tate unironically and believe him. In contrast, others who have children or work with them have heard the name and similar context surrounding him.

For those who might not initially believe the draw of Tate, a few Tweets explained that there’s a formula for attracting kids — and he knows how to use it.

Some other sitters and nannies have recently shared similar conversations with children they watch.

Tate is no stranger to controversy, having been removed from the Big Brother house in 2016 after a disturbing video of him attacking a woman went viral. While he claimed that the video was edited, his other self-published videos are not light on a negative attitude towards women.

His spotted past has undoubtedly earned Tate an infamous online legacy, and it’s an important topic to become familiar with, especially if you have children in your life in any capacity.

Tate’s Meta accounts have been suspended, but he still has a YouTube channel in which he spits rhetoric about women, offers “life advice” for followers, and shares fast cars, clips on private planes, and other “motivators” quickly attracting young adults.