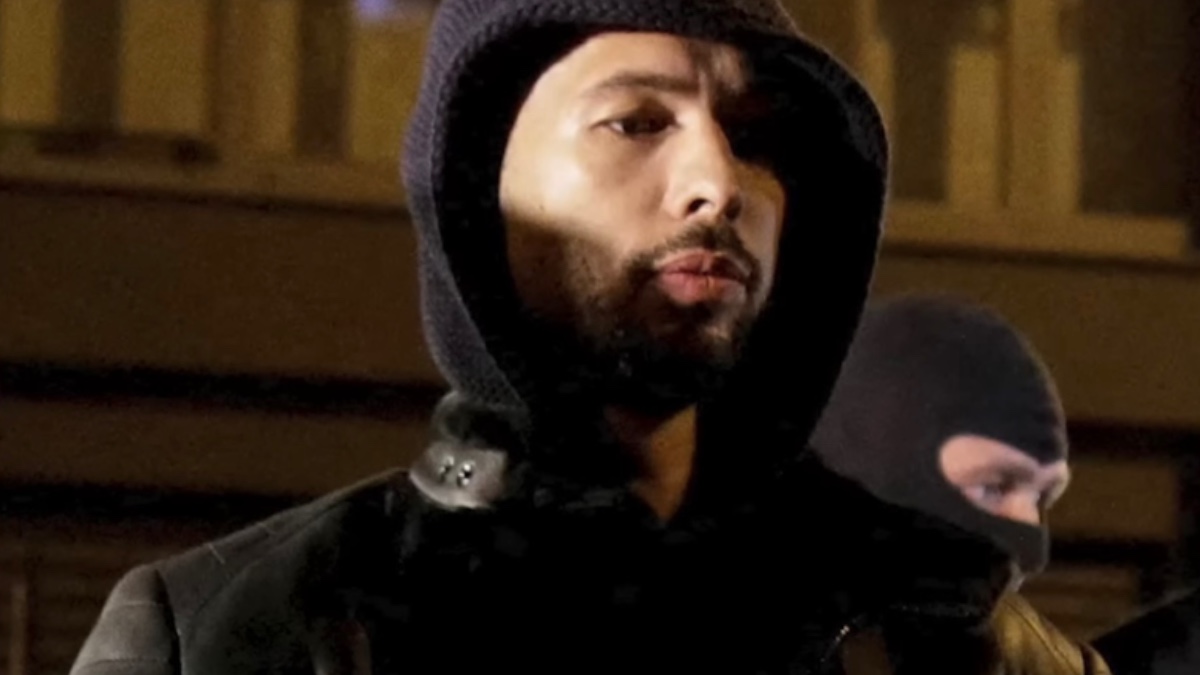 Earlier today, Andrew Tate and his brother Tristan were escorted from a detention center to the DIICOT headquarters (Romania’s Directorate for Investigating Organized Crime and Terrorism) where they were brought in for more questioning involving the ongoing human trafficking investigation against them. They were also met by reporters while being quickly escorted away, but managed to make multiple statements, however brief.

Initially, when departing the police van in handcuffs upon their arrival at the DIICOT headquarters, Tristan Tate suggested he was being held because of the greed of authorities, saying to reporters, “There’s no evidence against me. The authorities are trying to steal my cars and steal my money. That’s why I’m in jail. I have money they’re trying to steal.”

Tristan is partly referring to he and his brother’s luxury car collection being recently seized by Romanian authorities.

When a reporter asked if his detainment is unjust, Andrew Tate replied, “Of course it’s unjust. There’s no justice in Romania, unfortunately.”

Before Tate was out of earshot, one reporter was able to ask, “Did you hurt any girls?” to which Andrew quickly responded, “Of course not.”

DIICOT had publicly stated that the Tate brothers were being detained under suspicion of human trafficking, specifically for allegedly forcing at least six different women into participating in pornographic content for the brothers’ financial benefit and threatening them with violence if they did not adhere. This was reportedly after initiating relationships with the women, misleading them into what their intentions truly were.

Sadly, human trafficking is one of the most committed crimes in the world and the allegations against Andrew Tate are disturbing, to say the least.

While the Tate brothers were being questioned, reporters waited for when they were later escorted out of the DIICOT headquarters and back into the police van, to which they rushed the brothers with more questions.

Tristan told reporters, “Ask the police what evidence there is against me.”

Andrew Tate followed up his brother’s statement by adding, “The matrix is trying to frame me but God knows the truth. There’s no evidence in my file because I’ve done nothing wrong. Everybody knows I’m innocent.”

While giving the statement, an apparent supporter of Andrew Tate was able to get close him and pat him on the back, telling him to be strong.

Initially, the brothers were to be detained for 30 days but that was recently extended to 30 more days. Their detainment is now scheduled to end on Feb. 27, when they will either be officially charged or set free, unless their detainment is extended further.