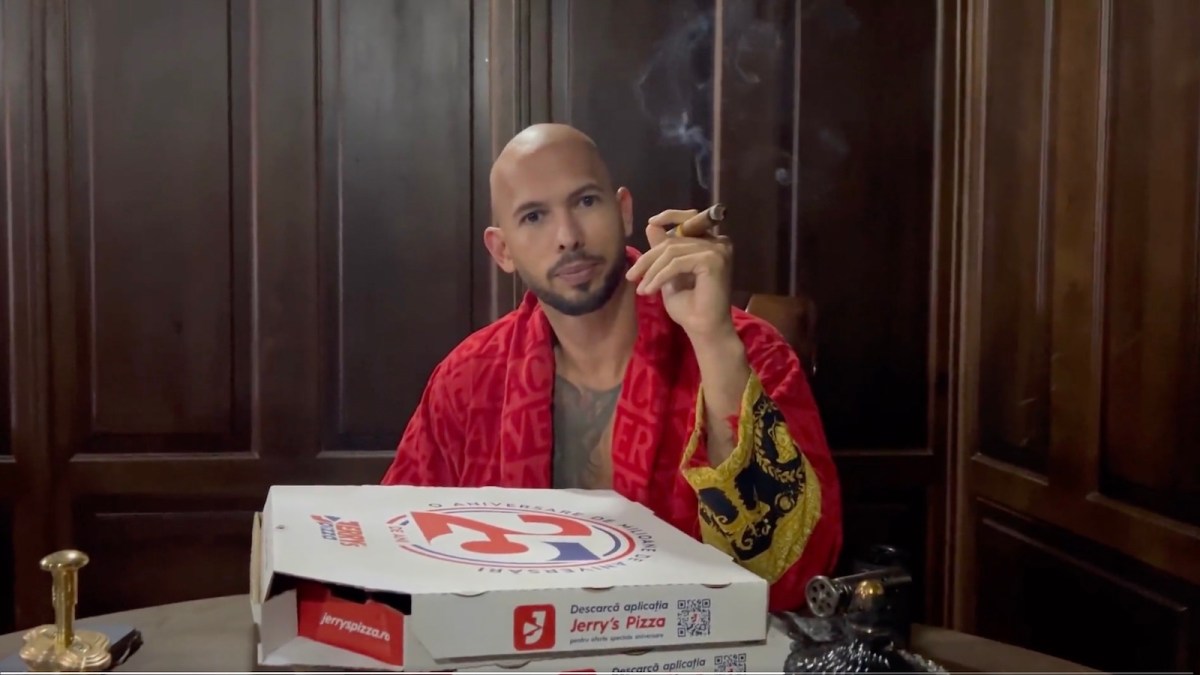 Andrew Tate and his brother, Tristan Tate, appear to have been arrested and detained by Romanian authorities for allegations of human trafficking and rape.

Authorities were alerted to Tate’s whereabouts after the social media sensation posted a video to his Twitter account displaying a pizza box belonging to a Romanian pizza chain. In the video, Tate targeted 19-year-old climate change activist Greta Thunberg, after Thunberg took a jab at him for bragging about his carbon footprint.

Romania’s DIICOT (Directorate for Investigating Organized Crime and Terrorism) performed a raid of Tate’s home shortly thereafter on charges of kidnapping two girls. According to the Romanian daily newspaper Libertatea, Tate and his brother are suspected of forming an organized criminal group that pedals the production of adult videos containing young girls.

According to published reports, the Tate brothers have been detained for 24 hours by DIICOT officials. Authorities also searched the home of an unnamed former policewoman who is accused of having an involvement in the human trafficking charges. She, too, has been detained.

This marks the second time Tate has been taken into DIICOT’s custody on accusations of human trafficking. In April 2022, Tate shared with Fox News host Tucker Carlson that he “suffered from a case of swatting. It’s where you call the police and you say somebody has a gun or there’s a hostage situation, and the SWAT team arrives. Somebody made a phone call to the American Embassy saying I was holding women at my house.”

Tate denied these allegations, saying the police found no evidence of women being held at his house against their will. “I was swatted. Nobody was hurt. There’s no human trafficking. There are no women who were tied up. There’s none of these things. It’s all just complete fallacy.”

In the past, Tate has been vocal about his reasoning for moving to Romania, citing the country’s notoriously lax law enforcement response to allegations of rape as one of his biggest motivators.

“This is probably 40 percent of the reason I moved to Romania,” he said in a since-deleted YouTube video. “Because in Eastern Europe none of this garbage flies… I’m not a rapist, but I like the idea of just being able to do what I want. I like being free.”