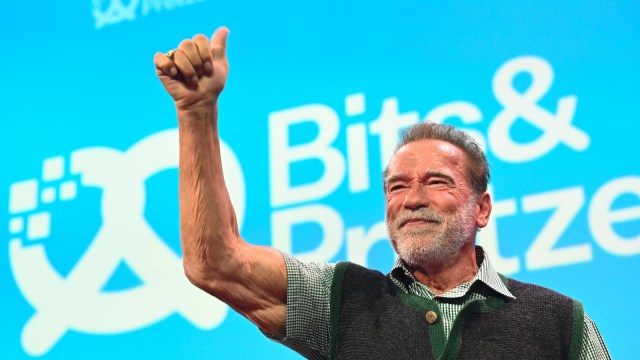 Veterans Day comes around every year and social media blows up with all the virtual appreciation veterans could ever want with thank yous and flags flying all over the place. Arnold Schwarzenegger took a very real stance this year and went out to feed them.

Schwarzenegger might have been born in Austria, but he has taken a sincere liking to the United States. He has served under Presidents Bush and Clinton as chairman of the President’s Council on Physical Fitness and Sports. Taking his political aspirations even higher, he became Governor of California and served from 2003 to 2011.

Keeping with his pattern of patriotism, he went above and beyond today for Veterans Day!

Even though there is an 11% decline in veteran houselessness, there are still about 33,000 veterans who are houseless in the United States. Veterans Day is supposed to be a celebration of all proud veterans, past and present, a happy occasion for everyone who wants to show their appreciation. However, highlighting the homeless situation among veterans, The Austrian Oak has brought to everyone’s attention a serious matter that can’t be ignored.

With veterans lining up to eat the food he’s handing out, Mr. Olympian demonstrates why he’s one of the best regardless of his political ideology.

Publishing appreciation posts on Twitter and Facebook is one thing, but Mr. Schwarzenegger is making a bold statement that everyone who has the means should do more. Doing something for veterans and then posting about that is arguably more honorable. It also gives something back to a veteran who was willing to give so much for their country.