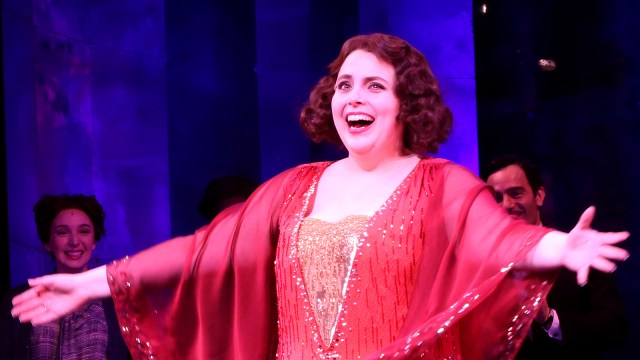 Booksmart‘s Beanie Feldstein was supposedly “basically fired” from the Broadway production of Funny Girl, before being replaced by Lea Michele.

According to a source via Page Six, the celeb gossip mule previously reported the production’s producers were “blindsided” by Feldstein’s public exit on Twitter. Feldstein said in a tweet she made before deleting her account that production “decided to take the show in a different direction”.

“Once the production decided to take the show in a different direction, I made the extremely difficult decision to step away sooner than anticipated.”

Her comments made it seem like she voluntarily left Funny Girl. But a new source appears to put this in a new light. They told the publication on Tuesday the producers turned on Feldstein after seeing negative reviews of her performance and tanking ticket sales.

Feldstein reportedly signed a year-long contract that was said to last through to April. But a spokesperson for the show said on social media in June viewers only had 14 weeks left to see Feldstein and Jane Lynch perform.

A separate source told Page Six that production believed it made sense to end Feldstein’s run at the six-month mark because Lynch would also be leaving.

Lynch’s Glee co-star Lea Michele was announced as the Ladybird star’s replacement on Tuesday. One of Michele’s Glee co-stars called out Broadway for platforming someone who had allegedly made a series of micro-aggressions against her and other members of the cast.

Neither Feldstein nor Michelle have responded to the claims made by these sources.