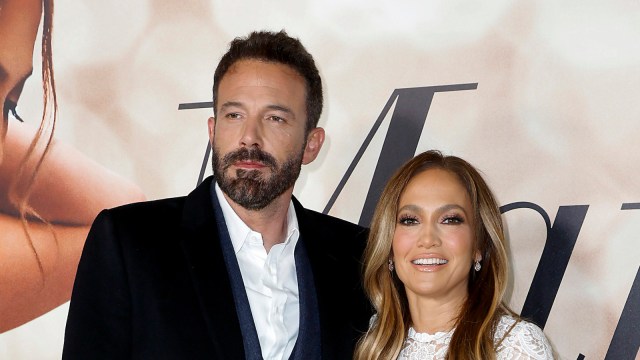 A wedding celebration is one of the happiest things a couple can experience, but festivities took an unexpected turn when Ben Affleck‘s mom was reportedly to be hurt after an ambulance was seen leaving the actor’s Georgia compound.

Affleck was getting ready to celebrate his nuptials with his new wife, Jennifer Lopez, according to a report by The Daily Mail, which published photos of an emergency vehicle leaving the property.

Affleck and Lopez reportedly followed the ambulance after Affleck’s mother, Christopher Anne Boldt, fell off a dock and cut her leg, according to the publication. Affleck was seen pacing outside the hospital in a tie-dye purple shirt, smoking a cigarette. Boldt could be seen in a wheelchair with a dressing on her leg. The accident happened just as the festivities were getting started and guests were arriving for the celebration.

The couple had plans to start celebrating today with the main ceremony tomorrow and a family barbeque on Sunday. They famously previously dated from 2002 to 2004 and picked up where they left off last year. They eloped to Las Vegas in July.

The ceremony in Georgia would be to celebrate their nuptials with all their friends and family – and it’s a big family. Affleck has three kids with actress Jennifer Garner: Violet, 17; Seraphina, 13; and Samuel, 10. Lopez has two 14-year-old twins with ex-husband Marc Anthony. The weekend’s festivities are said to be modeled after the couple’s original wedding plans nearly 20 years ago, but the couple called off those nuptials shortly before the original Bennifer made it legal.

Everyone was seen in downtown Savannah on Thursday shopping and preparing. Lopez’s mother, Guadalupe, was also seen arriving at Savannah Hilton Head International Airport from New York. Lopez and her mother have what the actress calls a complicated relationship, claiming in her Netflix documentary Halftime, her mother used to beat “the sh*t” out of her.