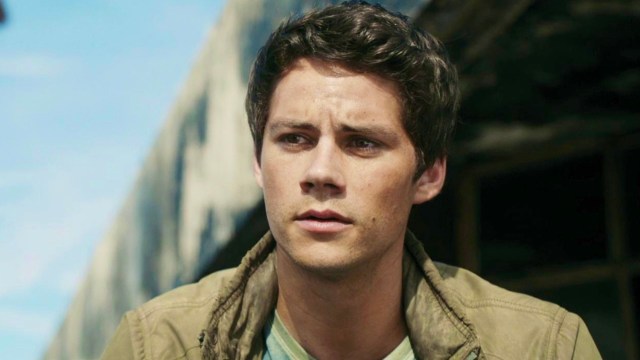 Dylan O’Brien gained a large following after his wonderful performance in MTV’s Teen Wolf. Since then, he has risen through the ranks to become one of the finest young actors around today. His growing catalogue has covered a wide range of genres from black comedy to action thrillers. With his talents, there’s no telling what’s in store for the actor moving forward.

From his supporting roles, to leading one of the most successful young adult film franchises, here are Dylan O’Brien’s best films and television shows, ranked.

The second installment in the Maze Runner film series, The Scorch Trials may have failed to outperform the original film at the box office, but it was still a commercial success, taking home $312 million globally. The film picks up from the end of The Maze Runner and follows O’Brien’s character, Thomas, and the rest of the Gladers. After escaping the maze, they try to navigate even more insane obstacles in the deserted wasteland. With some new challenges, and intense action scenes, The Scorch Trials is still a thrilling watch.

In one of his first leading roles in a film not primarily targeted towards younger audiences, American Assassin marked a breakthrough in O’Brien’s career. The film placed him alongside notable stars Michael Keaton and Sanaa Lathan and follows a young man who vows to carry out his vengeance mission against a terrorist organization that was responsible for the death of his girlfriend. He is recruited by the CIA and must now work to stop a nuclear weapon from being detonated.

In his second pairing with actress Zoey Deutch in 2022, Not Okay is a satirical comedy that addresses the price of fame. When Danny Sanders gains a ton of online followers after posing as a tragedy survivor, she begins to enjoy the fame and success she’s only ever dreamed of. She also scores the attention of her crush, Colin. Unfortunately, maintaining this lie doesn’t last as long as she’d hoped, and things begin to take a downward turn, fast. The film was met with a warm reception from critics and the general public.

His first—and, to date, only—foray into romantic comedy, The First Time was released in 2012 to mixed reviews. He stars as Dave Hodgman, a confident high school senior who strikes up an unlikely friendship with a reserved artist, Aubrey. As their friendship progresses into romantic territory, the pair have some serious decisions to make, especially since Dave is going to college in a matter of months while Aubrey is still a junior.

After the success of the Transformers film series directed by Michael Bay, O’Brien signed on to voice the fan-favorite Bumblebee in a spinoff and reboot of the franchise. Set in 1987, the film follows Autobot B-127 after crashlanding in California on a scouting mission and suffering terrible damages. He is found in a junkyard by Charlie, played by Haylee Steinfeld, and she names him Bumblebee. The film may not have grossed as much as its predecessors, but was still met with a positive reception and earned $468 million at the global box office.

5. All Too Well: The Short Film

Divided into seven chapters, and just 15 minutes long, Taylor Swift’s accompanying short film to her chart-topping, 10-minute re-recording of “All Too Well” was met with widespread acclaim. The film stars O’Brien and Stranger Things‘ Sadie Sink as Him and Her, a couple who are far apart in age, and a summary of their entire relationship. Viewers watch as the pair are happy in love with one another leading to the eventual deterioration of their relationship. Fans are still going strong on the speculation that the song and video are about Swift’s relationship with Jake Gyllenhaal.

Based on James Dashner’s novel of the same name, The Maze Runner was O’Brien’s first leading role in a film by a major production company. He stars as Thomas, a 16-year-old boy who has lost his memory and awakens in a gathering of boys. The only way to leave is through a maze, but nobody ever lasts a night there because of the murderous creatures that dwell within it. Now obsessed with finding a way out and returning to the outside world, Thomas must join the others in finding a way through the maze.

Seven years after an asteroid causes a monster apocalypse on Earth, Joel lives underground with the rest of humanity’s survivors. He finally reconnects with his old girlfriend over a radio and vows to be with her again. Separating them is a hoard of flesh-eating monsters that have taken over the surface. Determined to be with her despite all odds, Joel ventures out into the surface and begins his 80-mile journey to Aimee. Love and Monsters was met with positive reviews and was even nominated for an Academy Award for Best Visual Effects.

The series that made O’Brien a household name and the only television show on this list, Teen Wolf was a huge success during its initial run. His character, Stiles Stilinski, became an instant fan-favorite character and often ranked atop many “Best Teen Wolf Character” polls. Stiles was one of the humans in the show, and was a loyal and devoted friend. Although he had a villainous turn, the public stood by his side. He was sarcastic, witty, charming, and handsome, and O’Brien’s performance was met with much praise from viewers. O’Brien won several awards for his work, including the Choice TV Villain Award at the Teen Choice Awards and the Breakthrough Actor Award at the Young Hollywood Awards.

The Outfit was released in early 2022 to favorable reviews from critics. O’Brien joins an ensemble cast led by Sir Mark Rylance in a crime thriller about a tailor who is thrust into a world of violent gang crime. The performances of the actors, as well as the plot and pacing of the film were lauded, and O’Brien delivers a strong and believable portrayal of a rising mob boss.