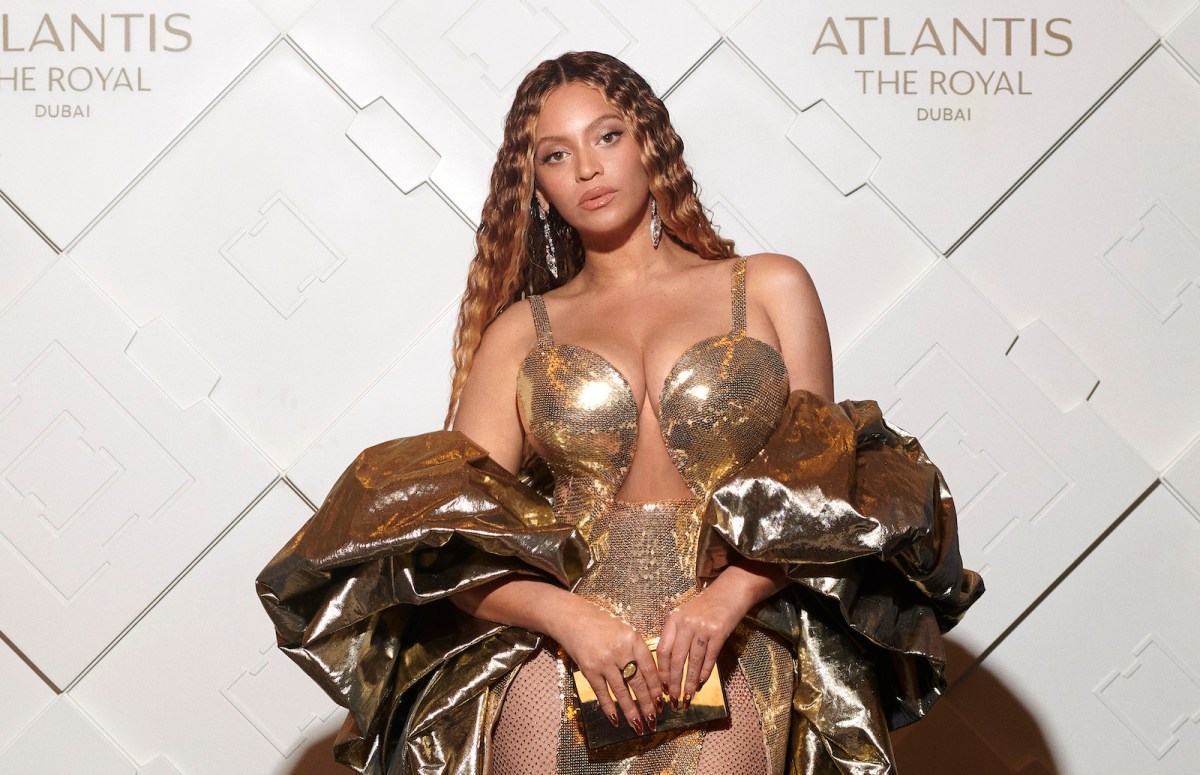 Beyoncé is no stranger to making waves on the Internet, but she took things to a new level recently when she performed in Dubai with a very special guest — her 11-year-old daughter Blue Ivy. Understandably, people are going crazy in love over it.

The famous singer was in Dubai for a private concert celebrating the opening of the super luxury hotel Atlantis The Royal. There was a strict “no camera” policy at the show, but when there’s a will there’s a way, so some intrepid people still managed to smuggle out some videos.

The one that really has people in a tizzy features the singer walking out with Blue Ivy hand-in-hand to perform a rendition of “Brown Skin Girl.” She even talked to the crowd a bit and asked them to sing along if “they love a brown-skinned woman.”

People are here for it.

The former Destiny’s Child member also sang sang Etta James’ “At Last” and her catalog classic “XO.” Check out some snippets below.

Here she is at rehearsal:

TMZ is reporting the singer got a whopping $24 million for the performance. The show was her first full concert performance in 5 years and is apparently a precursor to her upcoming Renaissance Tour. While this is Blue Ivy’s first official stage debut in concert, she has already collaborated with her mother before in the studio.

She became the youngest Grammy winner ever in 2021 for the “Brown Skin Girl” music video, for which she received a writing credit. She also appeared in the video with her grandma and little sister Rumi Carter.

Blue Ivy was also one of the backup singers in Beyoncé’s instantly iconic Oscar performance (the same one where Will Smith slapped Chris Rock and overshadowed everything else).

If the videos of the performance are any indication, her tour is going to be a hot one.