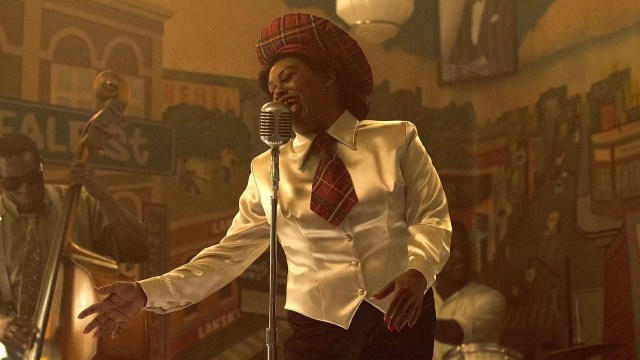 Blues singer and actress Shonka Dukureh has died. She was 44 years old.

According to a statement from Nashville PD, the star was found dead in the bedroom of her Nashville, Tennessee apartment on Thursday. Her body was discovered by her children who sought help from a neighbor.

According to police, a 911 call was made at 9:27 am. Right now no cause of death has been identified. Police are still awaiting autopsy results, however, foul play is not suspected.

The blues singer also appeared in a recent music video for the pop artist Doja Cat for her song “Vegas”, which also appeared on the Elvis soundtrack.

During her musical career, Dukureh collaborated with plenty of well-known musicians. Throughout her career, she performed and recorded with Jamie Lidell, Royal Pharaohs, Nick Cave, Mike Farris, Pete Rock, Bahamas, and more.

Borin in Charlotte, North Carolina, Dukureh attended Fisk University where she earned a bachelor’s degree in theater. Later she also achieved a master’s degree in education from Trevecca Nazarene University.

Dukureh is survived by her two children.