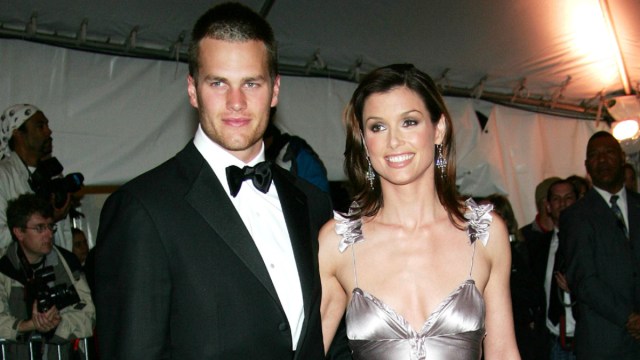 There may be a saying that there are no winners in divorce, but that does not apply to the ongoing uncoupling between Tom Brady and Gisele Bündchen. Because finally, after more than 15 years, Brady’s ex, actress Bridget Moynahan, is lending credence to another popular quote that living well is the best revenge.

Brady famously dumped Moynahan way back in 2006 after nearly three years of dating, and after jumping immediately to Bündchen, learned soon after that Moynahan, now 51, was pregnant with the couple’s first child. Brady and Bündchen would go on to have two children together, in addition to co-parenting his son with Moynahan, and for all intents and purposes, they seemed to have a happy blended family.

Yet, no one knows what goes on behind closed doors, and even though Moynahan has obviously moved on with her life (she married businessman Andrew Frankel in 2015), you could hardly blame the woman if she wasn’t enjoying the latest developments at least a little bit.

And while she has yet to publicly comment on her ex’s separation, over the weekend Moynahan posted a motivational quote about relationships ending and it doesn’t take much to read between the lines.

“Not everything is meant to be mended,” read the most that Moynahan shared.” Not all relationships are meant to last a lifetime. Sometimes we have to learn to get comfortable with the gifts that are offered through the ruptures and the endings instead of the stories of repair and reconciliation.”

She also added her two cents in a lengthy caption to the post.

“It’s much harder to be face to face with this. Our tolerance for it is low. And yet, some of our greatest gifts, offerings, and lessons come from this space,” she continued. “The relationship that doesn’t work out but teaches you something important about yourself. The rupture that doesn’t get mended but shows you something new about a pattern of yours.”

“There is value in getting comfortable in this space,” she added. “What’s something you’ve learned from a disappointing ending or a rupture that never got mended?”

Shockingly, neither Brady nor Bündchen commented on the post.

Split rumors first began swirling around the high-profile couple last month after Brady famously retired from the NFL to spend more time with his family, and then quickly un-retired just 40 days later. Though Bündchen has yet to publicly remark on the split, she has done some of her own shade-throwing on Instagram, and it seems unlikely that the couple will reconcile — even if Brady does decided to retire for good.