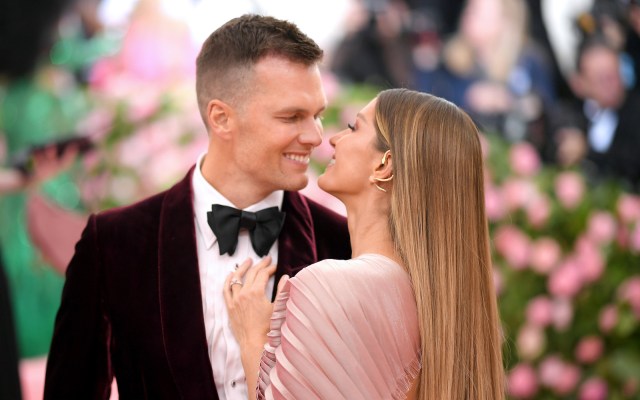 In the NFL realm, Tampa Bay Buccaneers quarterback Tom Brady is a national treasure with a multitude of accomplishments underneath his metaphorical belt, including six Super Bowl rings, three NFL MVP awards, and record-shattering numbers in passing touchdowns and throwing yards.

His personal life, however, seems to be stuck on a permanent fourth down with no chance of scoring in sight, especially after recent reports that Brady and wife Gisele Bündchen have been having some marital issues over the last few weeks.

According to CNN, tension between the couple has become so high that the duo are now “living separately.” This news comes after an interview with Bündchen for Elle magazine last week, where the 42-year-old model revealed that she harbored “concerns” about her husband’s shocking return to the NFL in March after the notable football star had initially retired from the sport back in February.

After Brady returned to the NFL’s preseason training camp during the summer, rumors began to swirl online that Bündchen was displeased with Brady’s decision to come out of retirement—a decision he first made in order to spend more time with his family. Despite Brady’s intention of enjoying retired life, it was clear that the megastar just couldn’t stay away from the gridiron for too long, which has seemingly caused a rift in his marriage.

Only time will tell if Brady and Bündchen can patch things up and work through their difficulties, but absence definitely makes the heart grow fonder. On an interesting side note, Bündchen’s prior dating history includes Titanic actor Leonardo DiCaprio, and the pair decided to go their separate ways when the actress was—yep, you guessed it—under 25 years old.

So hey, now that Leo is apparently interested in dating women over the age of 25, and Brady seems too wrapped up in football duties, who knows?