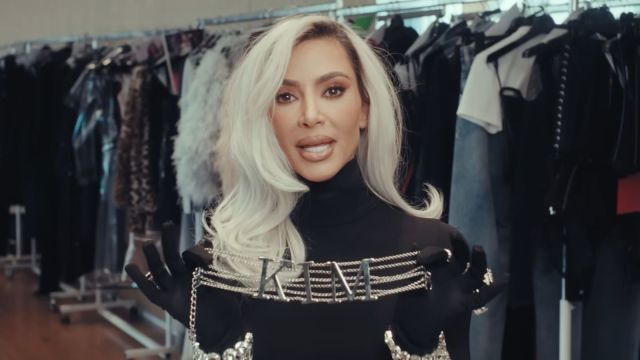 Often fashion designers are at the forefront of pushing boundaries when it comes to freedom of self-expression, especially in the realms of gender identity, sexual expression, and even political stances. There are lines though that should not be crossed, and this mostly comes down to children’s fashion, which fashion brand Balenciaga seemed to blow past completely. Now, fans are asking Balenciaga brand ambassador and mother herself, Kim Kardashian to weigh in.

Brands have recently been pushing further and further with their children’s lines in recent years, with the fashionable parents about town wanting to dress their children in only the choicest of designs. It’s a direction that often leaves many shaking their heads, wondering why you’d spend so much money dressing up your child to look “fashionable” when they will grow out of them within months and can often restrict them from just being kids.

Balenciaga’s recent campaign though does more than just show children wearing designer clothes. The creepy campaign shows two young girls holding teddy bears dressed in bondage attire, with chokers, body chains, and straps. The backlash that the release of this campaign received prompted the brand to take down the images, but the ones they were replaced with were hardly better.

One photo showed a Balenciaga bag placed on a table with a document from the court case Ashcroft vs. Free Speech Coalition, a case which ruled in favor of virtual child pornography. Another had a model in an office environment and one of the books on her desk is a book with artwork depicting naked children covered in blood.

Now fans are calling on Kim Kardashian, a mother with her own young daughters to use her position as a social media influencer and brand ambassador to Balenciaga to denounce the recent creative decisions of the brand.

Some point the finger at the reality television star, saying that she doesn’t really care about the issue.

Many are positive they won’t hear anything from her on the matter.

This user thinks this may give the Kardashian a chance to maybe shake up her style a bit.

Some, like this user, point to the fact that Kanye West, father to her children, has already raised concerns over his own children being exploited, so why would she care about this ad?

Balenciaga has issued an apology for the campaign via Instagram, admitting they were wrong to photograph those bears with the children and that they were unaware of the material being placed on the sets of the other images, and that they are taking legal action against those involved.