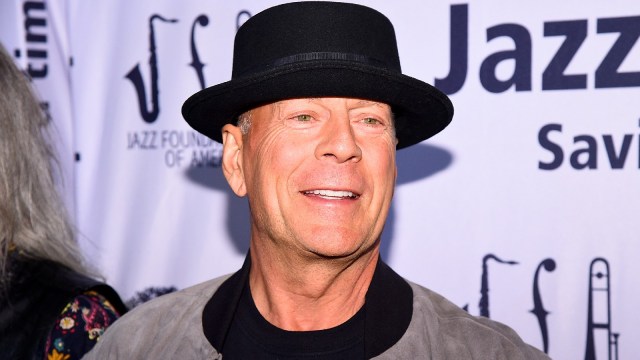 Bruce Willis has shown he can really carry a melody on the harmonica, we now know from a video posted by the actor’s wife, Emma Heming Willis.

In the video, which you can view on Instagram, Bruce can be heard jamming on his blues harp as the musician Derek Richard Thomas strums on the guitar and sings.

“Their talent is speaking for itself. I’ll just leave this here 🎶,” Emma wrote in the caption, along with the hashtag “#jamsession.”

“Wonderful. Lovely to see him and his harmonica chops,” one fan from Canada wrote.

Another fan loved seeing “Bruce getting down on the harmonica!”

Bruce sent shockwaves to movie fans everywhere earlier this year when his family announced his retirement and simultaneously revealed he suffered a cognitive condition known as aphasia, which is caused by brain damage and negatively affects a person’s ability to use language and communicate.

For many fans of the actor’s numerous iconic films, including Die Hard and Pulp Fiction, it was an utterly heartbreaking turn of events that finally explained Bruce’s persistent transition into tight-lipped action heroes in recent years. The sudden health diagnosis also raised questions about whether the star was, perhaps, being exploited in the dozen-a-year movie factory that became the defining characteristic of the straight-to-VOD late stage of his career, as Vulture discussed in a recent article.

Regardless, it’s heartwarming to see Bruce can still communicate, apparently unabashedly, by way of music, using his trusty harmonica.