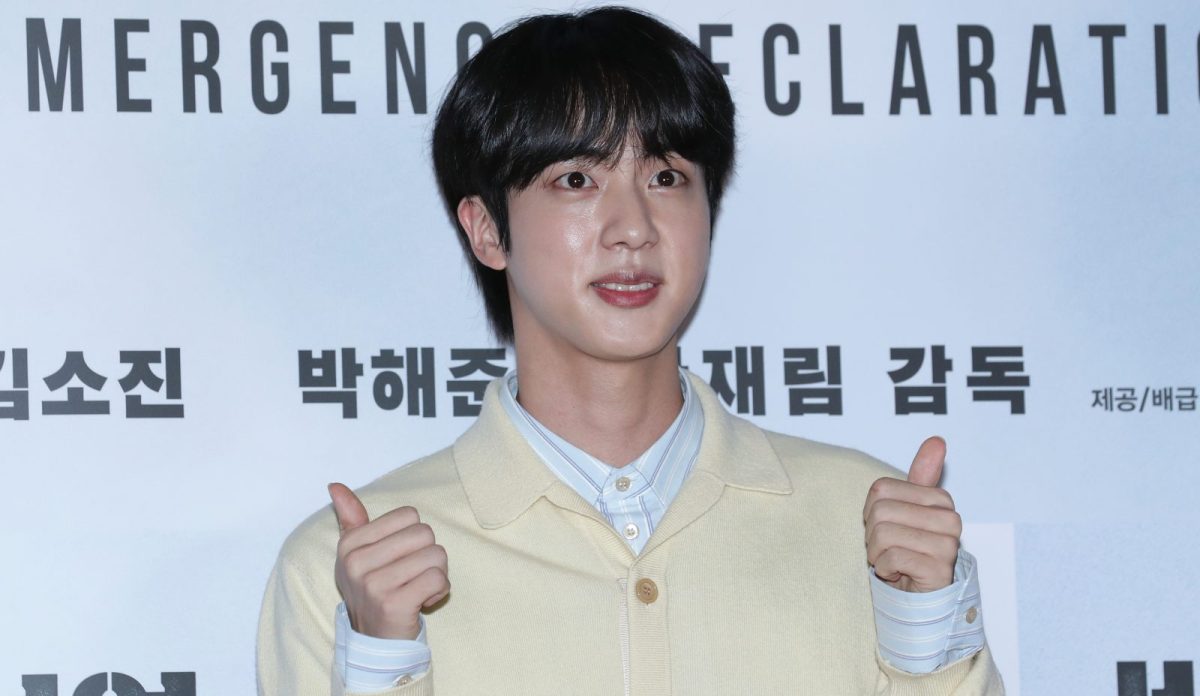 BTS‘ Jin has officially entered the military grounds where he’ll be living for the next 18 months. For the past couple of months, BIGHIT Entertainment has confirmed that future mandatory conscription of the group’s other members will take place until 2025, starting with the oldest member, Jin, who started his military service today, Dec.13.

In South Korea, men between the ages of 18-28 ought to enlist in mandatory military service for 18 months. BTS’ Jin’s conscription started before his co-members due to his age, thus marking a new era of K-Pop where BTS as a group will no longer be performing together for three years. Naturally, as friends and colleagues with an unbreakable bond of over 10 years together, all the members accompanied their eldest in an emotional farewell immortalized through their last pictures together for a long time.

According to an official source on Naver, all the members accompanied the 30-year-old to the military boot site, following Jin in separate cars to avoid commotion among fans and the media. The group has been together since 2013, spending most of their teenage formative years and adulthood together.

After HYBE and BIGHIT Entertainment confirmed Jin’s upcoming enlistment, the label did not release an official date for the singer’s official conscription start, however, after Jin published an image showing off his buzzed cut, many fans quickly guessed what was coming up within the next 24 hours. “Now, it’s time for the curtain call,” Jin left on the company’s social media platform, referring to Jhin’s character’s ultimate ability in League of Legends.

Members J-Hope, RM, and V, all shared, on their respective Instagram accounts, stories with Jin in celebration of their time together as they wished the best for the singer while at the military site. BTS’ former creative visual director, Kim Sunghyun also posted a video of the singer getting his hair buzzed, wishing for him to return safely, while many other artists in the industry shared some words and pictures of Jin as their own farewell to the singer.

Jin will now be officially performing his mandatory conscription, while all the other members are expected to follow in their friend’s footsteps in the upcoming months. The group will, nonetheless, still be actively working as soloists as each member works on their albums and solo music independently.

In recent news, it appears that the group might still occasionally be called to perform official government duties as World EXPO Busan Ambassadors, even after they’ve enlisted.