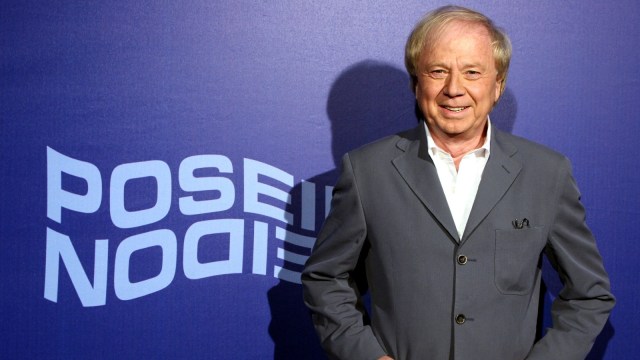 Wolfgang Petersen, the director known for his sense of tension and scale in films like Das Boot and A Perfect Storm, has died at the age of 81.

The German director was in his Brentwood home when he passed away peacefully from pancreatic cancer in the arms of his wife, Maria Antoinette, with whom he had been married for 50 years, Deadline reported.

Petersen’s German-made film, Das Boot, was the 1981 breakout hit that earned him a pathway to creating movies for Hollywood. The WWII epic that takes place in a cramped submarine was nominated for six Oscars.

Petersen would go on to direct some of the biggest names in Hollywood, such as Harrison Ford and Brad Pitt, in the films Air Force One (1997) and Troy (2004), respectively, among many others. He also directed Outbreak, The Perfect Storm, In the Line of Fire, Shattered, and Poseidon, garnering a reputation in Tinsel Town for helming high-budget action romps with big names headlining them.

Some of Petersen’s overlooked gems from the 1980s also include the Dennis Quaid-starring Enemy Mine and the fantasy film he co-wrote, 1984’s The NeverEnding Story. Arguably, both films have gone on to receive renewed appreciation from fans years after their releases.

Many cinephiles were mourning the loss of Petersen Tuesday, such as The Black Phone co-writer C. Robert Cargill, who shared a screenshot of the aforementioned Enemy Mine on Twitter.

“I’m sharing it to celebrate the life of Wolfgang [Petersen],” Cargill explained.

The horror director Mike Flanagan, known for his work on Doctor Sleep and Midnight Mass, shared that Petersen’s films “have a very special place in my heart.”

One Twitter user’s collage of Petersen’s various films really puts into perspective the sheer range the man had as a director.

“Wolfgang’s films were always an exciting experience for all.”

Another fan called Das Boot, “a huge deal to my young self” that put Petersen on the map of “early filmmaking superstars.”

Originally starting out making short films and TV movies in the 1960s and ’70s, the monumental success of Das Boot not only launched his career into Hollywood but generated no less than three separate releases — the original 149-minute theatrical cut, a 300-minute miniseries version cut into three parts for BBC, and a 208-minute director’s cut that released in 1997.

Petersen is survived by his wife and child and two grandchildren.