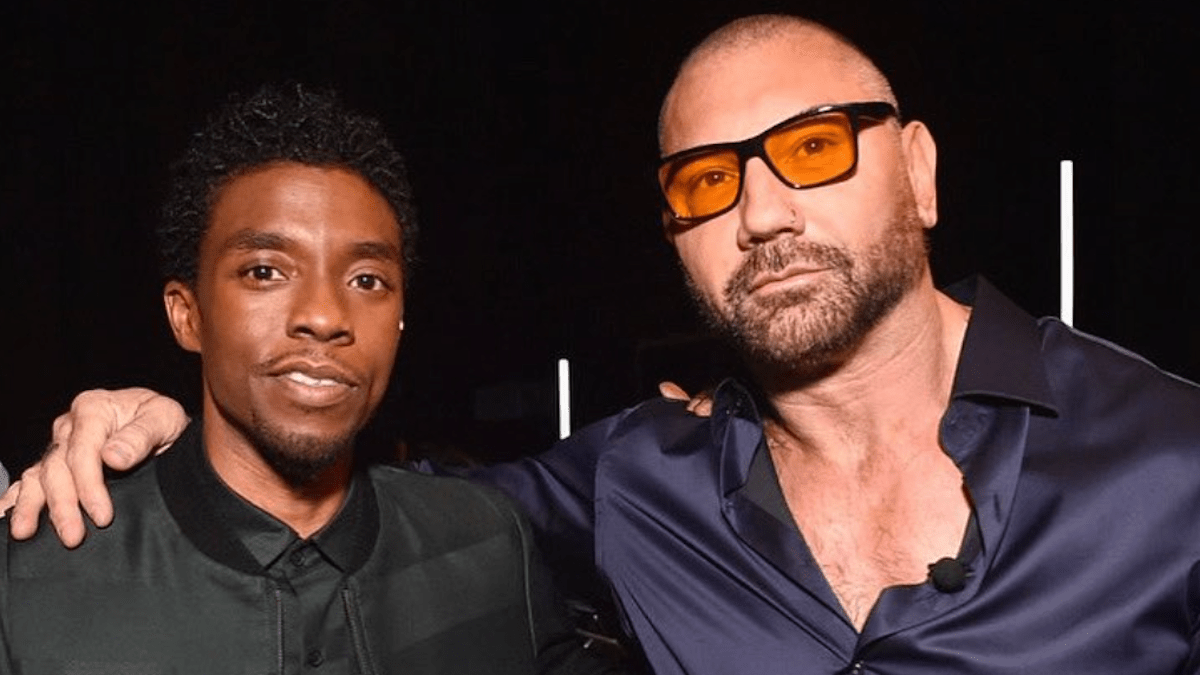 There’s a popular saying that goes “game recognizes game,” and never was that more apparent than today when Guardians of the Galaxy star Dave Bautista posted a tribute to his late fellow MCU alum Chadwick Boseman.

Today would have been the fallen star’s 46th birthday after a protracted battle with colon cancer. Bautista posted a picture of the two together, praising Boseman as an inspirational figure.

A lot of people commented on the sadness of dealing with Boseman’s absence. “The loss of him breaks my heart. I am looking forward and not (for the ugly crying I’ll be doing) to seeing the tribute in the new Black Panther. Tissues definitely required,” one person said.

Someone else simply said “A huge loss.” The picture of the two of them is from CinemaCon in Las Vegas in 2019. Boseman was promoting a detective film called 21 Bridges and Bautista was there to promote My Spy.

Bautista has been on a hot streak lately and had the most screen time he’s gotten so far as Drax the Destroyer in the Guardians of the Galaxy Holiday Special, but last year he told Ellen Degeneres he was hanging it up after the third movie.

“I’m going to be 54 years old by the time Guardians 3 comes out,” he said. “The shirtless thing is getting harder and harder for me.” He also credited director James Gunn with reviving a flogging career.

“I struggled, I starved for three years, I could barely get a job,” he said. “There were a few people who believed in me along the way, but James was the one who really changed the course of my life.”

Guardians 3 comes out May 5, 2023. The holiday special is streaming now on Disney Plus.