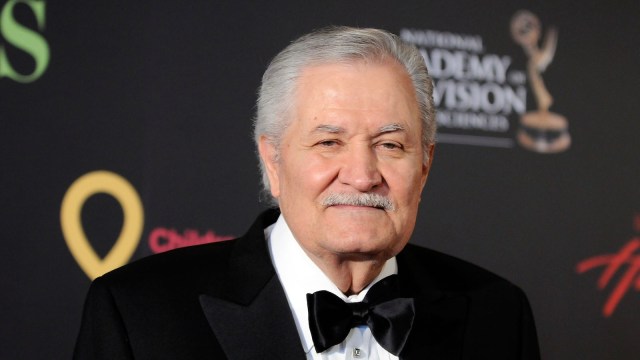 John Aniston, known to Days of our Lives fans as the former mob boss and Salem power player Victor Kiriakis, has passed away at age 89. Aniston, who was the father of Friends actress Jennifer Aniston, performed in nearly 3,000 episodes of the venerable Soap Opera, earning two Soap Opera Digest Awards for outstanding actor in a leading role and outstanding villain on a daytime serial.

Aniston’s daughter wrote a touching memorial to her beloved father on her Instagram this morning stating, “I’ll love you till the end of time” followed by a broken heart Emoji.

Aniston was born Yannis Anastassakis on the Greek island of Crete. His family emigrated to Pennsylvania shortly after his birth. He graduated from Pennsylvania State University with a degree in Theater Arts after which he served in the U.S. Navy before embarking on his acting career.

He was a soap opera staple, performing roles in Love of Life and Search for Tomorrow in addition to his signature portrayal of Kiriakis, for which he was awarded the Daytime Emmy Lifetime Achievement Award earlier this year.

A post shared by Days of our Lives (@dayspeacock)

In addition to his long soap opera career, Aniston appeared as a guest star on many prime-time series including Mad Men, Star Trek: Voyager, Gilmore Girls, The West Wing My Big Fat Greek Life, Airwolf, Kojak, Combat!, The Virginian, That Girl, I Spy, and American Dreams.

In addition to his daughter Jennifer, Aniston is survived by his second wife, Sherry Rooney and their son Alexander.