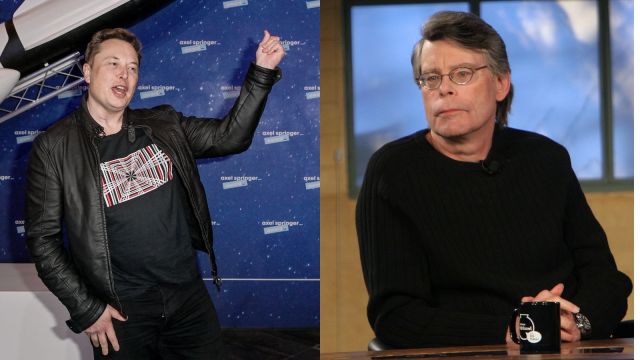 Elon Musk’s ongoing quest to gain any sort of respect from Stephen King continues its cringeworthy status, with him trying desperately hard to get King’s attention.

King has been perhaps the most vocal critic of Musk’s reign of Twitter since the acquisition, with the famed horror writer utterly roasting the South African at any given opportunity. King’s previous scathing remarks saw Musk drop his flawed paid verification from $20 to $8. Now, Musk is channelling a schoolboy attempting to get his crush to notice him.

The King of Horror remarked upon the advertiser boycott of Twitter saying soon “the only advertiser left on Twitter will be the My Pillow.” For the uninitiated, My Pillow is a controversial pillow manufacturer who have claimed their products could cure insomnia or the chronic disease fibromyalgia.

Musk responded with an attempted cutesy tweet, before essentially just talking to himself in the vague hope the Carrie author would give him a morsel of attention. If you’re uneasy about second-hand cringe, look away now.

There’s uncomfortable interactions all the time online, but seeing a 51 year-old billionaire try desperately to get one of his greatest critics to interact with him feels like an exceptional low point. 12 hours after this initial tweets, Musk returned to try yet again get some attention.

It looks, feels, and is very sad to look at. Musk, despite posturing himself as a libertine edgy meme-loving billionaire, really just looks like he’s lacking self-confidence and is constantly on the verge of his ego being bruised.

The positive for Musk is his sycophantic followers still deem pretty much anything he does to be “owning the libs” because they live in 2016. The billionaire has often punched down at the absolute wrong people since he acquired Twitter, with his attempted Trent Reznor sledge resulting in mockery.