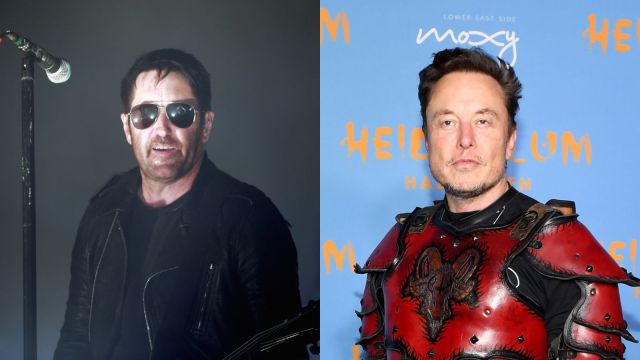 Elon Musk’s quest to alienate all creatives from his platform continues to go swimmingly, with him calling Trent Reznor a “crybaby” for leaving the site.

The Nine Inch Nails frontman deleted his personal account following Musk’s acquisition, with the musician’s departure clearly causing Musk some damage to his ego. Unlike literally any other social media platform owner probably ever, Musk takes notice and deep offence whenever a notable person leaves the app. Responding to one of his sycophants, he dubbed the man behind songs like “Closer” and “The Fragile” as a “crybaby”.

Yes, taking a moral stance and not blindly sucking up to an apartheid billionaire now means you’re a crybaby. There’s a beautiful irony to calling someone else a crybaby when you’ve brought it up unprovoked and without any reason. Fittingly, Reznor’s fans have responded in force.

One of the best, as usual, saw Musk again imitate famed sh*tposter Dril and his “I’m not owned!” post. Incoming Nine Inch Nails memes as well, as one user dubbed Musk’s career The Downward Spiral.

Some responses were beautifully personal, remarking on Musk’s seemingly endless supply of children and whether or not he actually talks to any of them. Which seems highly unlikely given how much time he spends posting on Twitter.

Reznor being called a crybaby is slightly fitting, considering the music of Nine Inch Nails has always been rooted in emotion and inner turmoil.

Some of Musk’s fanboys also seem to have misinterpreted NIN completely, somehow confusing songs like “The Hand That Feeds” or “Head Like A Hole” as anything other than utterly anti-establishment. You literally cannot get more establishment than a billionaire who owns Twitter and wants to be a real life Citizen Kane.

There’s something deeply off-putting about Musk knowing when verified accounts leave the site and subtweeting them. For a man who apparently believes himself to be an edgy, libertine freedom of speech kinda guy, he sure doesn’t seem to like dissenting opinion or people not liking him.

Not even Donald Trump, who he tried desperately to placate, wanted a bar of Musk as far back as 2018. Trump even rejected a return to Twitter the day prior. Reznor will take solace in being a Tony away to an EGOT, as well as potentially up for another Oscar for his work on the Love and Bones soundtrack.