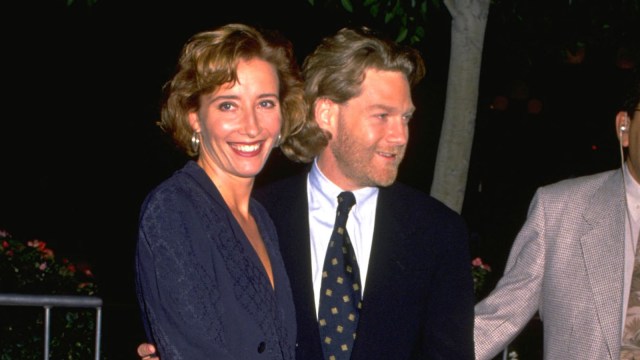 When British actress and Oscar winner Emma Thompson fell for fellow actor Kenneth Branagh, she fell hard. So hard, in fact, that she wasn’t even aware of his infidelities, even if many other people were.

In a deep dive on the actress in The New Yorker, Thompson revealed exactly why she fell for Branagh and how volatile their relationship was back when they were married. The two first met on the set of the 1987 drama Fortunes of War, and Thompson said Branagh sang to her and she was immediately smitten.

“I burst into tears because he sounded exactly like my father singing on ‘The Magic Roundabout,’” she said. In fact, he was a lot like her father Eric, both in his singing voice and his penchant for privacy. She also had to chase him a lot, something she also did with her father.

She talks about their time together fondly, saying things like he was “incandescent with ambition and performance energy” and that they were like “two mating lobsters, we clashed claws.”

Humphrey Barclay — a friend who directed Thompson’s first solo show at the Edinburgh Festival Fringe in 1983 — revealed Thompson suffered torturous emotional agony while she was with Branagh.

“The Ken stuff put her through the wringer,” Barclay said. “She had a three-hour cry on my shoulder about what a brute Ken was. And then, six weeks later, she said, ‘And we’re getting married. Isn’t it lovely?’”

Of course, two married actors in their prime caused a lot of media attention. “I was embarrassed largely by the press version of our marriage,” Thompson said. “We didn’t present as glamorous in any way. I don’t think we wanted to be some power couple, and we certainly didn’t feel like it.”

Thompson said the couple decided not to go public when the marriage fell apart. Then Branagh started dating around, including the actress Helena Bonham Carter. When Thompson found out, she felt humiliated and blamed herself for her own ignorance.

“I was utterly, utterly blind to the fact that he had relationships with other women on set,” she said. “What I learned was how easy it is to be blinded by your own desire to deceive yourself.” She was shattered and felt “half alive. Any sense of being a lovable or worthy person had gone completely.”

There was, however, someone there to pick up the pieces: the actor Greg Wise. They’ve been together for twenty-seven years and married for nineteen. So it all worked out in the end.