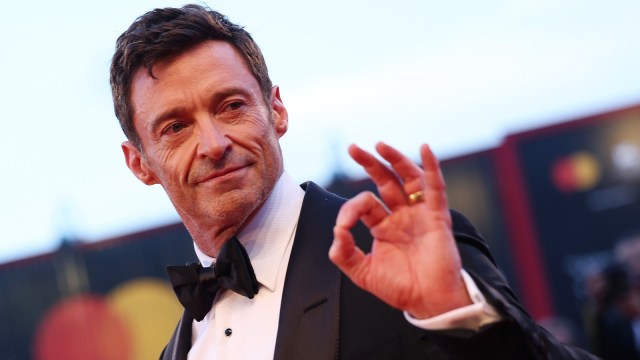 We love Hugh Jackman as Wolverine but the actor hasn’t always been bullet-proof.

In a new cover story with Variety, Jackman shared a time he flubbed an audition for a part he didn’t even want.

In 2000, Jackman was not the box office draw he is now and was told to audition for a rom-com called Miss Congeniality — one of our favorite guilty pleasure films of the era — by his agent. Jackson didn’t want to star in the film but the role would allow his agent to negotiate a better salary for movies he did want to be in, notably 2001’s Someone Like You.

Jackman read for the part of FBI agent (and Sandra Bullock’s love interest) Eric Matthews with Bullock herself. This was Jackman’s first time testing with another actor and he was “impressed that she was in there.” As they read lines, Jackman realized he was no match for the ultra-prepared Bullock; “She’s amazing! And so quick and fast,” the X-men actor said. “I was pedaling as fast as I could, but I didn’t know the script well enough.”

The role would ultimately go to Benjamin Bratt and Jackman described the experience as “humiliating.” His agent thought the role would be easy to land even though neither he nor Jackman wanted the role.

Obviously, fans of Jackman immediately rushed to his defence, starting with how the actor is better off without Miss Congeniality on his resume.

Many can’t wrap their head around why an actor of Jackman’s calibre would stick nurse losing a film ages ago like a sore spot.

Other fans couldn’t help but point out the actor’s legacy as an irreplaceable Wolverine.

One fan indirectly conveyed their disagreement with the fact that someone like Hugh Jackman could EVER bomb an audition.

Well, no matter how Jackman feels about losing out on Miss Congeniality, it is evident that his fans are definitely measuring his career on basis of his legendary wins.