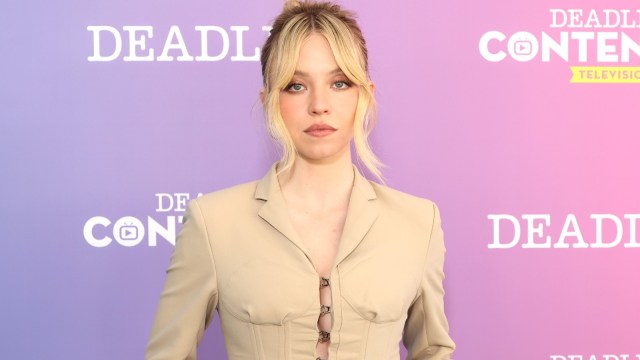 What could possibly go wrong if a celebrity celebrates their mother’s 60th birthday? In a perfect world, nothing, but seeing that we live in the highly chaotic 21st century, controversies are just around every corner. That is exactly what Euphoria star Sydney Sweeney is facing after posting pictures of the “Make 60 Great Again” party she hosted for her mom that attracted some very strong reactions. What has further fueled the ongoing debate is the actress calling the reactions unnecessarily “wild” and nothing more than baseless assumptions.

What is the story here?

For the uninitiated, recently Sweeney threw a surprise hoedown on the eve of her mother’s 60th birthday. All was well and good until she took to Instagram to post pictures of the same, which includes a photo where a man can be seen wearing a Blue Lives Matter shirt. Started as a counter reaction to the Black Lives Matter movement, which protested police violence against African-Americans, Blue Lives Matter was initiated to show support for law enforcement.

In the pictures of the party shared by Sweeney’s brother, many people are seen wearing parody MAGA hats, which are based on Donald Trump’s campaign slogan, “Make America Great Again.”

The reaction to the photos was instantaneous as Sweeney’s followers were quick to air their disappointment and shock. In response, the actress took to Twitter to call out her followers on the “assumptions” being made about what she called “an innocent celebration.”

“You guys this is wild. An innocent celebration for my mom’s milestone 60th birthday has turned into an absurd political statement, which was not the intention. Please stop making assumptions.”

To say that many did not take well to her defending the photos would be an understatement.

There are also those who have come forward to Sweeney’s aid, pointing out that her family’s political views may not reflect those of The White Lotus star.

It remains to be seen whether Sweeney will further respond to the growing social media backlash. If she does, will it calm the discussion down or only serve to rile it up further?