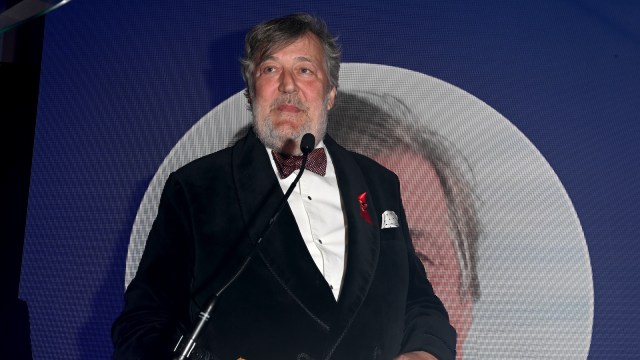 Several years ago, while working at Barnes & Noble in New York City, I recognized this tall bright-smiled man at the counter as he was paying for a book. At the time, I was obsessed with an old British series called Black Adder, the Rowan Atkinson series that is only topped in popularity by his Mr. Bean series. Of course, Stephen Fry is in Black Adder and my eyes widened with excitement as I suddenly recognized him.

I immediately engaged him in conversation as my fellow co-workers had no idea who he was, even after explaining, “it’s Stephen Fry!” I felt embarrassed for them but that embarrassment soon turned on me when I asked him one particular question as I looked to follow him on social media.

Stephen laughed. It was the type of laugh that tells you you’re an idiot with each chuckle but in a good way. He finally gave a “yes,” but said it as if I should’ve known, especially after being the only one to recognize him. I later realized why.

Stephen Fry joined Twitter while it was still in its infancy in 2008. He helped bring the platform significant attention in the UK and continued to use it wisely and humorously to the delight of his millions of followers. I felt foolish not knowing that, and his laugh sneakily added to it, but I had just joined Twitter and we Americans are often late to the party when it comes to British genius. Stephen had a good laugh over it and my co-workers and I immediately started following him on the bird app, clearly boosting his audience at the time to about a dozen more people, an impact he surely did not notice.

Now none of us follow Stephen anymore because, well, he said “goodbye” to the bird. Yesterday, he decided it would be best to leave Twitter despite his account having 12.5 million followers. He joins a number of celebrities to do the same, including Whoopi Goldberg, Gigi Hadid, and Shonda Rhimes, none of whom deem it worthy to stick around with Elon Musk in charge. Musk himself has been banning some celebrities, including Kathy Griffin and Sarah Silverman.

Fry has since stated that it was time to move on and he has since joined the growing alternative to Twitter which is called Mastodon.

This isn’t the first time Fry grew frustrated with the app. He had complained years ago that “the fun is over,” and even quit Twitter at one point, stating it became a “stalking ground for the sanctimoniously self-righteous.”

I’m not on any of the Twitter alternatives but if I ever have the privilege of meeting Stephen Fry again, I’ll certainly ask him, “Are you on Mastodon?” I look forward to hearing his responsive laughter.