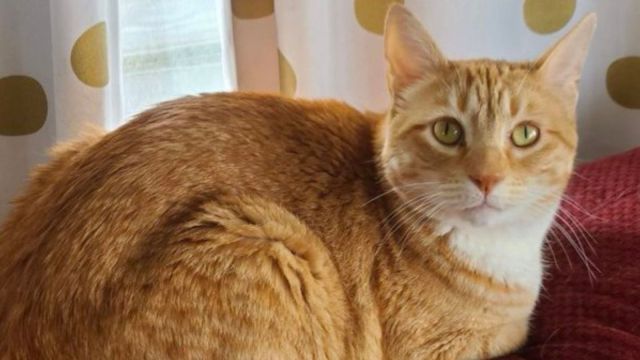 Pro-labor and worker’s rights advocat(e) Jorts the Cat has hacked up yet another controversial furball to their followers, giving further fuel to the alleged ableism claims against the orange tabby cat. Yes, this is real news that many people care about.

Jorts started off as a Reddit sensation for being an adorable orange cat because cats are cool. Not long after, Jorts became radicalized and a symbol of the resistance against multinationals exploiting their workers for profit. But it’s not all tummy rubs and ear scratches for Jorts, as they’ve become the latest milkshake duck online.

For the uninitiated, a milkshake duck essentially goes “the internet loves this wacky person/thing, it’s cute and wholesome” before you quickly find out “oh no the duck who drinks milkshakes is actually a fascist”. Jorts has previously been called out for potentially ableist remarks which display perhaps a misunderstanding of disabled people’s lives and seems to have not forgotten the experience

Quote-tweeting Twitter drama, Jorts made a point of mentioning the said account in question had previously made threads decrying them for ableism. Instead of just ignoring it, Jorts decided to fan the flames. Immediately called out, the tabby was told to “be the bigger cat” and not stoop to essentially calling out people

Internet drama has evolved so far in just 20 years we’re now seriously discussing whether a microcelebrity cat is ableist, for what ultimately feels like a few tweets that required a second thought. Given the disabled experience is also not a universal one, but one which requires a lot of empathy, you’d think someone who cares about workers’ rights would see the intersectional parts of the two.

The drama is hardly the biggest on Twitter right now but does certainly encapsulate the 2020s and the internet’s own 24-hour news cycle.