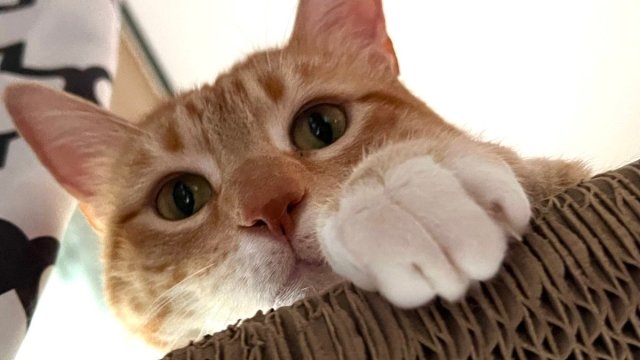 Image via Jorts the Cat/Twitter

A celebrity Internet cat is in apparent hot water after making a comment that was construed as ableist. Yes, that sentence exists and so do people who are mad at Jorts the Cat. Not familiar? You’re about to be.

Jorts is a pretty plain-looking orange tabby that hit it big back on Reddit in 2021. A Redditor claimed that Jorts was an office cat and things evolved and Jorts somehow became a supporter of organized labor. Who knows how these things happen.

Anyway, the internet loves Jorts and several news outlets picked up on the buzzy animal, replete with quotes from the “cat.” Here’s an example of Jorts talking to Insider: “It’s been really clear how terribly the odds are stacked against the working class, especially in the US. As a worker cat myself, I have solidarity.”

Alright, we’re all caught up. Now because this is the internet and the internet is more fickle than a cat deciding if it wants to come inside or not, things have taken a turn. It all started fairly innocently. A person on Twitter talked about a bad experience with a grocery delivery:

“My last time using grocery delivery and I got a man, he started refunding stuff that I knew dang on well the store had. I was so pissed I got in the car and went to the store he was at, bruh was literally standing in one aisle on the phone.”

This doesn’t seem to be the type of thing that would get Jorts’ interest, but alas, that cat can’t keep its mouth shut apparently. “Idea: Go get your own groceries,” the cat said.

So obviously not everyone can get their own groceries. A slight misfire by Jorts but not the end of the world. Someone gave Jorts a chance at redemption by telling him if someone is sick or caring for someone who is they probably can’t leave. For some reason, Jorts doubled down.

I get that Jorts is pro-labor so the cat is mad about the woman going after the worker, but that’s not how people took it. The floodgates opened up after that.

One person said that people who are in need of grocery services to survive should use them, and not listen to a pro-labor cat.

Others pleaded for Jorts to come to his senses.

It gets worse from there. This person just couldn’t believe that an Internet cat would be so cruel.

Jorts, please! Anyone but you!

The higher you get raised the farther you fall.

Others called out Jorts’ hypocrisy.

Obviously, this is a nuanced issue. Jorts was calling out a woman for going to yell at a gig worker but didn’t really make that clear and then made it ten times worse when he doubled down. Will Jorts be able to come back from this and continue to champion the working class? Time will tell.

We’ll keep you posted on this one if anything else develops.