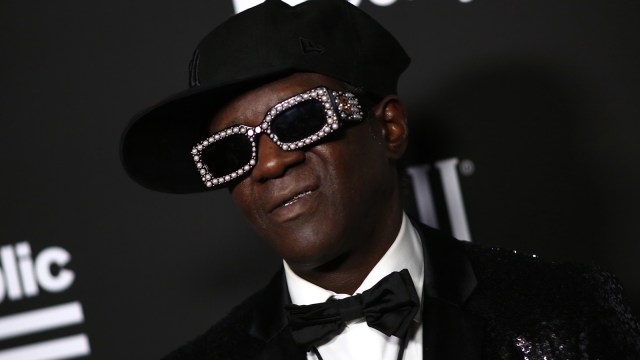 Flavor Flav was not exactly in high spirits after missing a Spirit Airlines flight Thursday night, and like a true child of the internet, he’s taken to Twitter to air his grievances.

The rapper sought to travel from Las Vegas to Detroit in order to attend a Wolverines football game. In footage obtained by TMZ, Flav is shown to verbally spar with the gate agent after she refused to let him enter the plane past boarding time.

Sources close to the Public Enemy rapper say that Flav was sitting with his laptop and phone near the gate but was so engrossed in his work, he didn’t notice people were boarding until the agent closed the gate. At around 11:30pm, he immediately ran over to board his flight but the agent told him and two other passengers that they were no longer allowed to board.

To add insult to injury, the above sources claim that before the events in the video, the gate had just been reopened for several other passengers. Flav gets frustrated with the situation and yells obscenities at the gate agent who threatens to call security if he does not “step away from the podium.” The other passengers left off the plane are seen angrily making calls and one even steps to the front of the podium to argue in favor of the “Yeah boy!”-shouting hype man.

After the incident, Flav took to Twitter to air his grievances with the airline, claiming that the flight was oversold. He also foresaw that people would joke about him choosing the budget airline and wrote to his would-be detractors, “and before y’all come after me for flyin on Spirit… they the main airline outta Vegas.”

Sources close to Flav say that the rapper, who gained prominence in the 1980s before a career resurgence in the early ’00s, usually waits to board flights as he doesn’t want to impede other passengers’ boarding process due to people photographing and filming him. Unfortunately, at least with Spirit Airlines, the rapper might have to rethink his boarding strategy after missing this flight.

Luckily, Flav eventually made his flight to Detroit to see his favorite college football team. In a statement a spokesperson for the rapper made in response to MLive, Flav had loved the Wolverines since he was a child and this was his first time seeing them play live. Flav shared posts of himself enjoying the game so it seems that he didn’t let the Spirit Airlines incident stop him from having fun.

In a tweet made earlier today, Flav apologized for “acting out of character,” but said he’s not apologizing to the airline. The rapper acknowledged that the incident might be relatable to others who have been wronged by airlines, saying that he hopes he’s representing “all the people who would get upset when airlines are in the wrong.”

In response to Flav’s acknowledgment of the incident, fans told him not to worry as they recognize the rapper was just having a human reaction to missing his flight.

While the event wasn’t a great moment for Flav, it did give us gems like this comment on the TMZ video: “He Was Late Even With A Clock Around His Neck…”