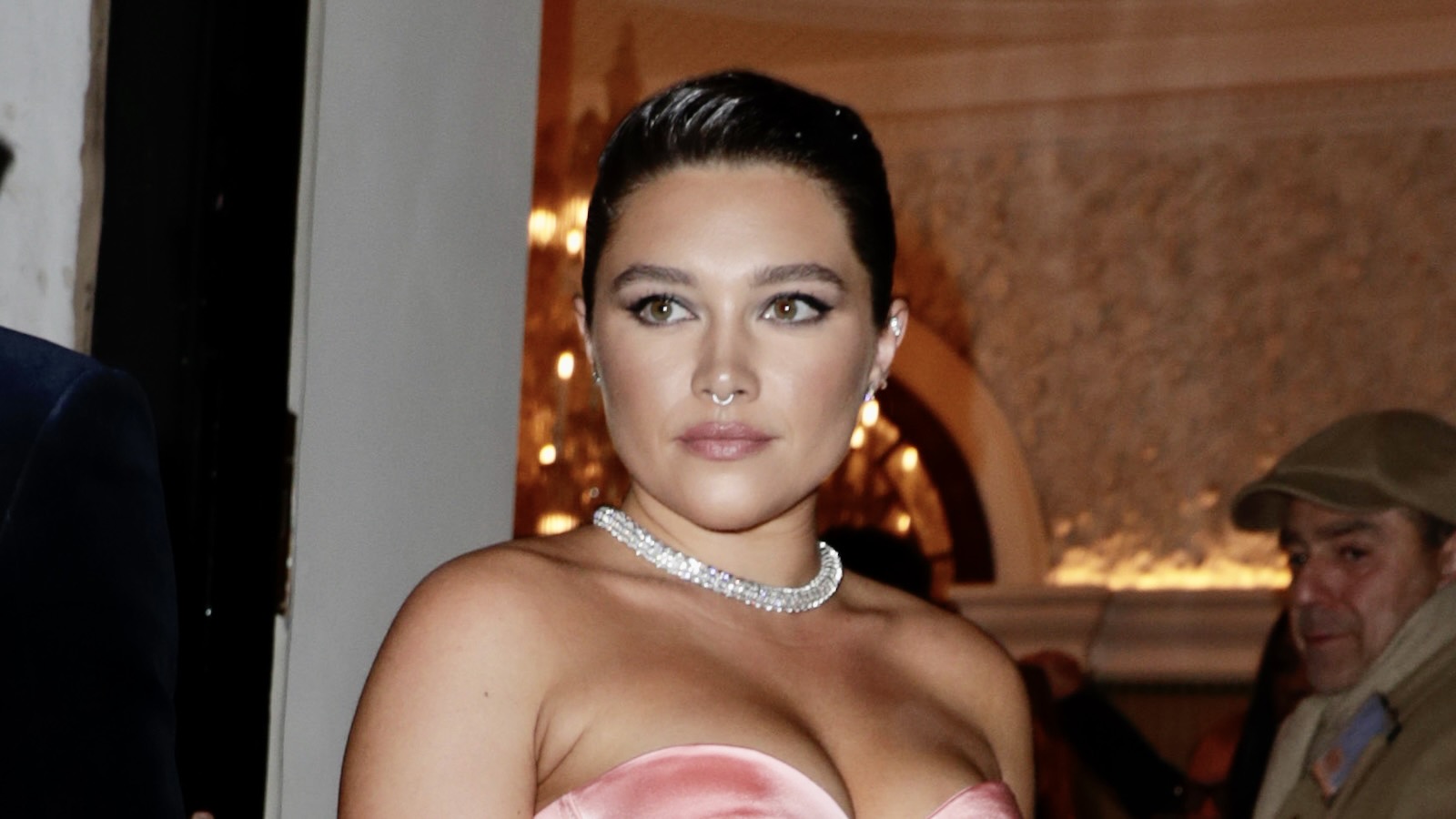 Sorry shippers. Despite a massive amount of internet speculation following the publication of images of Florence Pugh frolicking with fellow MCU denizen Will Poulter in Ibiza last weekend, the pair are just good friends. Pugh took to her Instagram stories to assure everyone that any spiciness between the two was purely based on camera angles.

The vacay snaps, especially the ones featuring the two Midsommar co-stars cavorting in the waters of the Spanish resort island in requisite beachwear, started an online avalanche of rumors that Pugh had broken up with her boyfriend of over three years, Scrubs actor and director Zach Braff. However, Pugh has summarily nipped the rumor in the bud with her own Instagram account while using the story to shame the paparazzi who lay in wait to snap the pics in the first place.

As we have noted elsewhere, both Pugh and Poulter were on the Island to celebrate the 26th birthday of their mutual friend, British-American designer Harris Reed. Pugh pointed out that the seemingly steamy shots were no more than forced perspective on the parts of the photographers and that she was more than a foot and a half away from Poulter in any given shot.

“Ooookay. Man. This is getting a little silly now. No, Will Poulter and I are not dating. We went to the beach with our friends, who are always about half a metre away from us in every picture, but have been cleverly cut out/framed out so that it looks otherwise. You can LITERALLY see my best friend in the corner of so many shots and Archie [Madekwe]‘s arms at the sides. I understand that the nature of this job is that you sometimes get your privacy bulldozed by paparazzi but to fabricate this stuff does more damage than good. Thanks for saying we look sexy .. doesn’t mean we’re doing the sexy.”

Pugh then posted several photos showing the actual distance between the two, as well as some of Poulter and a mutual friend enjoying the Mediterranean climate. Pugh also confessed she experienced a handful of “wardrobe malfunctions with her top during the day on the beach and was actually surprised there weren’t any photos of her anatomy floating about the net in addition to the cleverly arranged pics of her and Poulter. Pugh also imagined the paps lurking about in one of her own story pics calling the whole thing “Grosssssss.”

Pugh left off with a statement chastising the photographers who intruded upon her vacation, writing, “Regardless of your opinion on who I should or shouldn’t be with, at the end of the day if you’re complimenting someone by trolling another person .. you’re just bullying. There’s literally no need to be horrible online — no need. Think about what you write. Think about who it affects.”