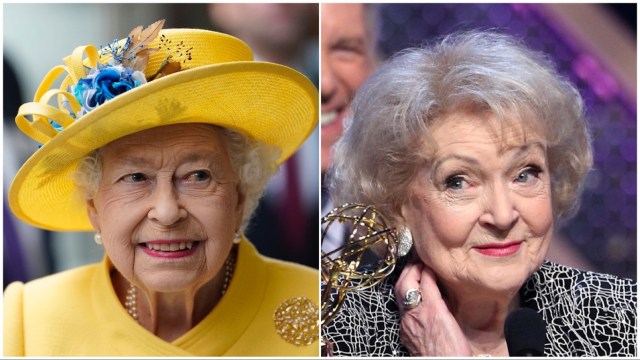 Oh, the Internet. What a peaceful, thought-provoking and generally chill place – wait, that’s something else of course, the Internet isn’t like that at all. Case in point: fans of legendary American comedic actress Betty White are at war with fans of Queen Elizabeth II – just because?

First of all, it’s hard for anyone who isn’t British to understand how British people feel about their Queen. Most Americans, and other countries without royalty, are born with a distaste for royalty – a seemingly outdated and morally-questionable institution.

In Britain, however, the Queen is revered almost to the level of a God. Twitter user Ben Judah pointed this out:

“Americans are welcome to shitpost but they should be warned of intense depths of feelings here: it’s hard to explain but millions feel the Queen is their spiritual grandmother. It’s not like a dying President. But the passing of the chief saint of a still felt British religion.”

Now that we have context, let’s take a look at the tweet that set off the Betty White keyboard warriors, from user @bjbjonez.

“Making fun of queen elizabeth death is pure misogyny at its finest when betty white died people wouldn’t dare make a joke about something so tragic so why is this any different.”

This obviously brought out some spirited responses, even if most of them were just trolls.

For example, user @supreili tweeted that “Betty White was a Queen. Lizzy just raised a cheater and a p*do,” and it didn’t get better from there.

User @LivingScribe pointed out that Americans joke about everything, including Betty White.

“‘Don’t joke about this.’ I joked about Betty White and Betty had more of an effect on my life,” the tweet read.

Others, like @killalishba, pointed out the issues surrounding former British imperialism.

“Betty white never enforced colonial rule over my people forcing them into indenture, displacement, poverty and subjugation brandon,” they said in response to the original tweet.

User @shaTIRED also pointed out the hilarity of comparing an actress with a head of state (even if the position is mostly ceremonial).

It gets heavier from there. User @MAKKARII tweeted “Queen elizabeth was a racist colonizer and committed multiple war crimes who literally will be burning in hell meanwhile betty white was a golden girl and was NOT.”

User @dvkerose tweeted something similar: “When betty white occupied my country for 200 years, pillaged our resources, sent half of our men to die in war and the other half to die in sugarcane plantations, cut off the thumbs of traditional artists, and let bengal starve to death, I’ll laugh at her death too.”

The anger informing this line of thinking is pretty clear. One all caps response said that Betty White never stole money from oppressed populations.

“BETTY WHITE WAS NOT SITTING ON MILLIONS OF DOLLARS OF TREASURE LOOTED FROM BLACK AND BROWN PEOPLE,” they said.

Others took a different tack, invoking the response to the iconic actress’ death.

“When Betty White died last year, twitter was filled with love and compassion, that’s what happens when you are genuinely loved & lead by example,” tweeted @divinemeghn.

Someone else tweeted that it was supposed to be the Queen all along.

“God told whichever angel took Betty White they got one year to get the right old white lady or he gettin a different kinda fired.”

As for whether this feud is simply a result of shock or will continue, only time will tell. RIP to both.