Frederik Robertson: Who Is The Met Gala Jared Leto Doppelganger?
Skip to content 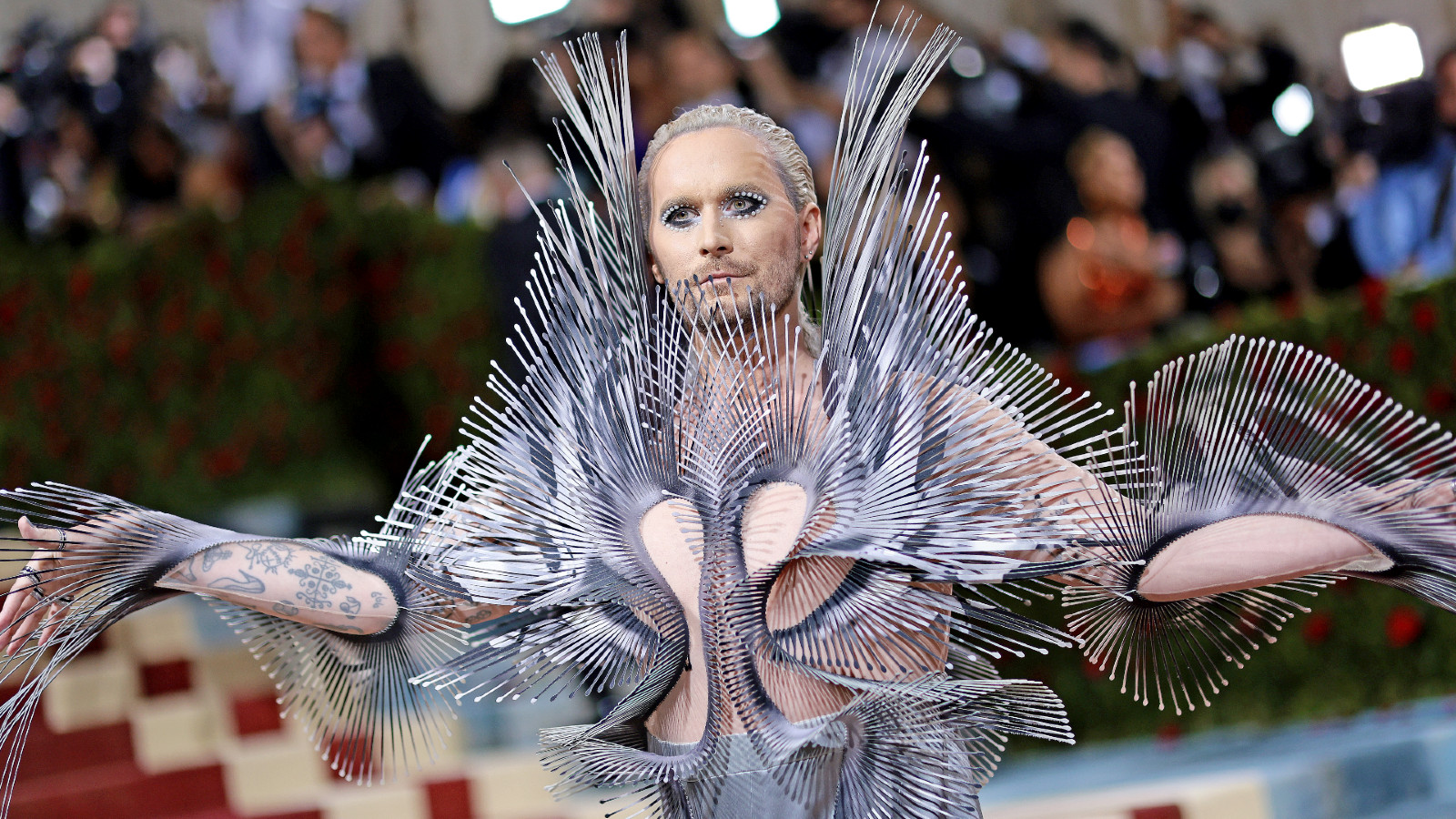 Everyone was fooled on Monday night when a man who bore a striking resemblance to Jared Leto strolled down the 2022 Met Gala wearing otherworldly couture by designer Iris van Herpen. In addition to the physical resemblance, the outfit, well — the outfit checked out, so people (including Getty Images, which published and deleted photos of “Jared”) were stunned to learn that the man in the Guillermo del Toro inspired space porcupine outfit was actually a Swede named Fredrik Robertsson.

(Hilariously enough, when Leto did show up, he did so wearing an identical suit to designer Alessandro Michele, likely not knowing that Robertson had unwittingly stolen his thunder.)

Though Robertsson isn’t a household name (Yet. Give him time), the idea that he would be pulling off his Met Gala look as a troll job seems, quite frankly, insulting to the self-described creative dictator and fashion addict. Robertsson has been known in fashion circles for quite some time now and has direct connections to some of the biggest fashion houses in Europe, which personally dress him for his jet-setting couture adventures.

In April of 2019, Vogue even ran a profile on Robertsson after, just months earlier, he turned heads at Valentino’s Spring 2019 Couture show in Paris — prompting a headline asking who the “fabulous mystery man” was. He was likewise included in a “camp” street style roundup in a countdown to the Met Gala that year, though Robertsson noted on Instagram at the time that his invite to the exclusive soirée must have gotten “lost in the mail.”

Robertsson, now 36, was born in Stockholm and raised in Sweden, Norway, and Singapore, before moving back to the Swedish capital at 15. He told Vogue that he loves couture because he sees it as wearable art. And although Robertsson is often clothed in some of the most lavish, gender-bending gowns and creations, he explained why he sees fashion as mutually exclusive from gender.

Gender and the way I dress are two separate things. I do like to provoke and make people think a bit, and gender-bending is a big part of my style, but I have never questioned my gender. I am a man; I’ve always felt like a man. I have a beard, I like sports. I don’t think I’ve ever looked feminine; I think I look masculine—whatever that means. I’ve never done drag—I love drag, but I’m not interested in it myself. However, I love the way a dress looks. I love a cool skirt with a suit. I love the fashion women are offered compared to men. It’s so limiting being a man; when I walk into a department store, it’s the women’s section that speaks to me in ways the men’s doesn’t.

So, again, it seems extremely unlikely that Robertsson was thinking about Jared Leto when pulling together his Met Gala look. But on the plus side, this accidental, newfound fame seems like it will only continue to elevate him into the couture scene — Morpheus be damned.