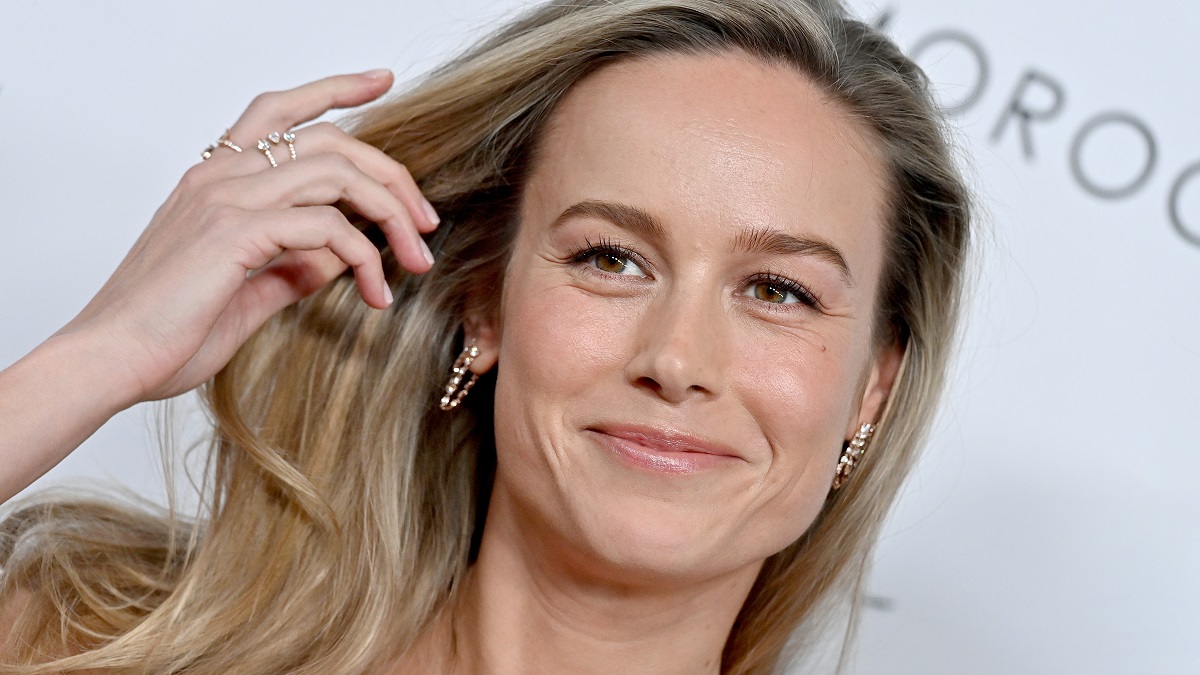 One thing fans could count on with the ups and downs of 2022 was Brie Larson posting killer selfies on social media. The Marvel actress shared snippets of her life with fans on many occasions; from glammed-up events to videos at the gym, she let her followers in on more personal details in her life over the last year.

There were several times when Larson’s posts made fans smile, laugh, and embrace the ups and downs in their own life. The Captain Marvel star used her social media posts to remind us to stop doom scrolling, find new ways to move our bodies, and enjoy our favorite food and drinks. To close out the year, we’re looking back at some of the Oscar winner’s best social media posts from 2022.

Without further ado, here are the best and brightest from Brie Larson this year.

Larson shared an adorable pic as she cuddled a puppy and reminded us all to stop doom scrolling, and as we’re all guilty of that from time to time — it was a necessary reminder. Of course, she knew the exact recipe to get us to stop the bad habit: her selfies and puppies! If you’re a social media user at all, you know that Larson has a habit of stopping fans in their tracks with her selfies, and we all stop scrolling for a picture of a cute dog. Combining the two assured that we’d stop aimlessly looking at our screens!

In addition to sharing videos of herself working out throughout the year, she also shared a series of photos with her killer physique that she worked hard for. Spending hours at the gym, she’s got an incredible body to show off. Larson even tried new ways of working out to ensure that she’d keep having fun as she worked on herself, and this is one of our favorite photos she shared this year. She looks like a million bucks in a crop top and flared jeans.

Baby Larson in a crown

Another way to stop us in our tracks is with adorable throwback pics, and Larson has some of the cutest. In this photo, we see a sweet younger Brie with face paint and a crown before we scroll over to see today’s version with her face covered in paint again. She’s smiling in both, eyes bright, and she looks like she’s having the time of her life in both images.

The post caption says, “not much has changed,” and we must agree. Larson has never lost that childlike sparkle in her eyes; it’s like magic.

Even in the most glam of moments, Larson is just like us, with her mind in the clouds. Well, in this instance, her mind was on tacos. Larson posted a photo where she was all glammed up for an event, looking absolutely flawless, and she says she’s most absolutely thinking of tacos in the picture. We can relate to this caption so much, we’ve all been in a situation (more than once) where we were doing something important, but our mind wandered to our favorite food.

There’s nothing like a taco Tuesday (or any day) and a great margarita to pair it with. Here’s to getting all dressed up, going somewhere important, and counting down the minutes until you can go home with tacos instead.

Earlier this year, Larson was trying out new looks, and one that stuck was a totally new hairstyle. She tried out space buns; we have to say, she’s channeling her inner Princess Leia with these. The iconic Star Wars style is something many of us channel in our day to day lives, but there are some people who rock the look with an effortless style, and she’s one of them.

She also rocked an adorable pink tank top with an adorable cat and dog stitched in with the quote, “Do whatever you want, just don’t hurt anyone.” The message was as captivating as the new look, and we love both of them.

Young Larson and her mom

In a post for Mother’s Day, Larson shared a couple of throwback snaps with her mama, and they’re both as adorable as they are heartwarming. In the first, Larson is dolled up in a beautiful white gown, with her mother dressed to the nines as well. In the second snap, Larson is a baby, and she’s looking at the camera while her mom looks at her with that proud mom glance. Both images bring a smile to your face and are a beautiful tribute to their bond.

To send us all into the holiday spirit, Larson shared an image of herself on the red carpet for the premiere of The Santa Clause 2. The movie came out in 2002, making her around 13 at the time. In the caption, the actress says that this year’s holiday card vibe is vintage-themed, and she absolutely rocks it.

In addition to a holiday film debut, she’s also rocking the red and white ensemble, giving us candy cane chic vibes, and we just can’t get enough. It’s the perfect e-card for her fans to enjoy this Christmas.

In another fitness post, Larson shared an im-POLE-sive decision she made to try a new method of working out this year: pole dancing. The exercise relies heavily on a strong core, and while fun, it isn’t as easy as one might initially think. She looked to have total control over her body as she tried the new method of getting her body moving, and she inspired all of us to try something new in our own workout routines, too.

Larson was all smiles in the selfie she posted with Vin Diesel upon joining his ever-expanding family. Joining the cast of Fast & Furious was a dream come true for the actress, and we can’t mention the movie without sharing the draw of an integral part of the heart of each film: family.

She’s all of us Larson

The caption on this photo says it all, as do the faces of everyone in it. When Larson and some other stellar actresses met Harrison Ford, they were totally speechless. Standing next to him was a wonderful moment for everyone; they all felt a bit starstruck. They looked even more awestruck in the next picture as they listened to him speak.

The ultra-talented actor is an absolute icon, and hearing him talk about anything at all would be a real treat, one they felt lucky to be a part of. There are some stars we’d all feel completely lucky to be standing next to, and that doesn’t change when you become an actor or actress. This is absolutely one of Larson’s most relatable posts, and we had to end her “best of” with this one.

Here’s to 2023 and more selfies, puppies, and relatable moments with Brie Larson.