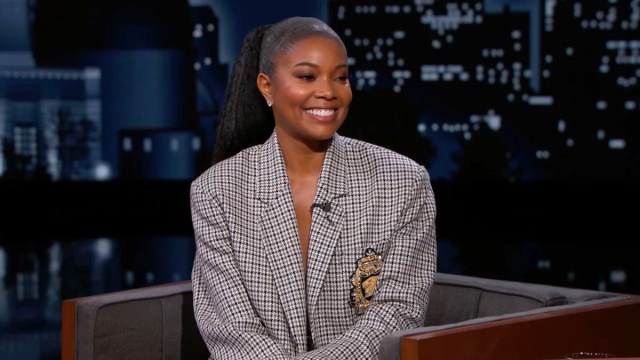 Strange World alum Gabrielle Union, who has been making headlines after her husband Dwyane Wade had a fallout with his ex-partner, has paid no mind to negativity. The actress took her time to speak for all fans by showing her interest in joining the Marvel Cinematic Universe or Star Wars.

In the Strange World press conference, Union, who is currently playing Meridian Clade in the animated feature film, admitted that while being in a Disney Animated movie is a dream come true, the actress has even larger expectations for her career. During an interview via Screen Rant, the Bring It On actress shared which Disney franchises she hoped to join in the near future, and her answer did not disappoint.

Oh my God, if you don’t say Marvel or Star Wars or live-action, you’d be lying. I want it all, and I have just never been even considered for any of those things. So, I don’t know. Maybe this is my year.

Union’s presence in Hollywood dates back to the 1990s, when the actress landed supporting roles in teen films She’s All That and 10 Things I Hate About You. The Nebraska-born Hollywood force has since gathered a number of blockbusters under her belt, hoping to be on Marvel and Star Wars radar for any upcoming projects.

Maybe [Strange World] and The Inspection and Truth Be Told that’s coming up will open me up to people seeing me in a completely different light, and I’ll get opportunities that I never had before.

In the same interview, Union also shared that despite her age, the actress feels more than capable of landing a physically demanding role as a superhero or troop, saying “I’m fifty; I feel thirty. My face is holding up, my back is holding up, and my butt’s still high, so maybe. I can still kick some ass.”

The upcoming Disney film Strange World is expected to hit theatres on Nov.24, but Union’s latest series Truth Be Told can be watched and streamed on Apple TV Plus. As for her future in the fantasy and sci-fi franchises, only time will tell, but they definitely need to make it happen.