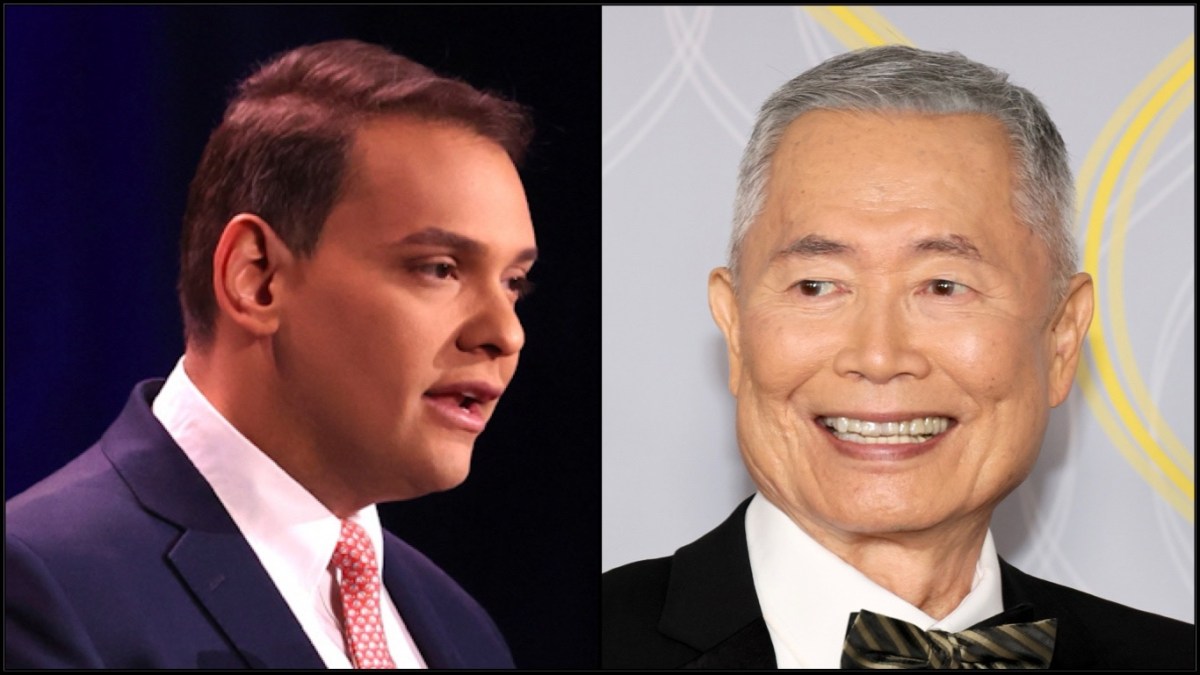 Rep.-Elect George Santos (R-NY) has been in the news a lot lately for supposedly making up the majority of his biography. Now our favorite political watchdog and Star Trek cast member George Takei is chiming in.

First, some background for the uninitiated: Santos is the first openly gay Republican to be elected to the House of Representatives who is not an incumbent. His election to Congress is especially important, because it helped Republicans achieve a small majority in the House of Representatives. He campaigned on the idea that he was the “full embodiment of the American dream,” according to The New York Times. He also said he was running for U.S. Congress to make sure others could also live that dream. He claimed he went from a public college in New York City to becoming a “seasoned Wall Street financier and investor.” He also claimed to work for a family real estate business with 13 properties. Oh, and he’s saved more than 2,500 dogs and cats.

All these claims started to fall apart, however, after news organizations started digging.

Cue Takei, and one of his patented comebacks.

In case anyone is wondering, Takei is doing a callback to a famous line popularly attributed to Desi Arnaz on the show I Love Lucy from the ’50s, a cultural reference whose vintage appeal tracks, because Takei is 85 years old. (A quick aside: Ricky Ricardo, Desi Arnaz’s character, never actually said that in the show).

Anyway, Santos has yet to offer a rebuttal to any of the allegations, and calls for his resignation are growing daily.

Most of the comments on Mr. Takei’s post are fairly predictable, but one person got in a good callback to his Star Trek days as Mr. Sulu.

Fingers crossed we hear from William Shatner next.