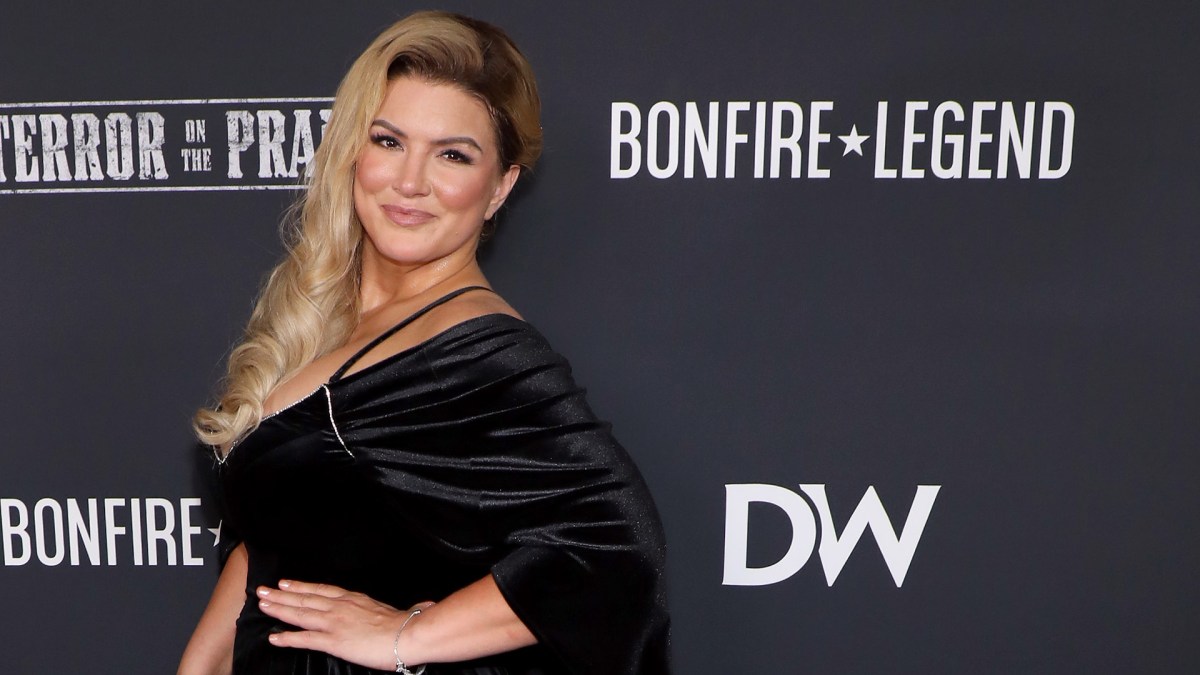 Gina Carano‘s fall from grace was swift and decisive.

The Mandalorian star was on a quick rise to the top a few years back, as her Star Wars character, Cara Dune, made waves via the popular Disney Plus show. She was even poised for a spin-off series centered around her character, but Carano’s flirtation with controversy saw those dreams quickly dashed.

Carano began publicly toying with controversy in 2020, when her response—or lack thereof—to the Black Lives Matter movement sparked accusations of racism. Soon, she was digging herself in deeper, deriding the LGBTQIA+ community with a mocking change to her pronouns on Twitter. Things spiraled from there, and Carano was ultimately blacklisted from the vast majority of projects after she shared an antisemitic meme to Instagram.

Removed from the cast of Mandalorian and increasingly considered a fringe celebrity, Carano decided to lean into the backlash and triple down. She arose as an anti-vaxxer, particularly during the COVID-19 pandemic, and even supported false claims of voter fraud in the 2020 election. She’s since disappeared from all but the most heavily right-leaning of projects, including My Son Hunter, a Breitbart News film that utterly fails to unveil the “corruption” it claims to comprehend.

Carano’s controversial nature eventually saw her fall prey to a Twitter purge that removed a range of high profile accounts known for touting misinformation. With the Musk buyout of the platform, Carano is officially back, and just as tragic as ever.

Carano celebrated her return to Twitter with several fresh posts, and wasted no time in proving that she’s learned absolutely nothing in her time away from the spotlight. She’s still a passionate anti-vaxxer, and she wants the world to know it. One of Carano’s recent posts makes an attempt to mock those who maintain their vaccinations, in hopes of keeping the pandemic in check, and fails to stick the landing.

It’s only one of many. Carano, within a few minutes of sharing her lackluster meme, leaned even harder into the skid with another post. This one works to paint Carano, and other anti-vaxxers and COVID deniers, as victims, and derides the public for refusing to bow to their idiocy. Attached to a shared Tucker Carlson clip, Carano proclaimed that anyone seeking vaccines is “trying to make the people who did not conform suffer as much as possible,” and expresses her admiration for “the people who won’t resort to a fake vaccine card.”

Via comments on her own post, Carano maintained this same energy, decrying the fact that people have little patience for her particular brand of lunacy. Carano wants to make sure that everyone knows how very unfair it is to shame people for their willful ignorance, but it doesn’t seem that many people are listening.

Given the stark polarization in America, Carano’s posts aren’t falling entirely flat, but they’re certainly not stirring up the support the actor is looking for. Most of her posts have a few thousand likes, and a number of supportive, off-kilter comments, but they simply aren’t making any real waves.

Instead, they’re serving to remind people of why Carano disappeared from the spotlight in the first place. Her choices of controversial topics are exhausting, more than interesting, and she was never a strong enough actor to survive any real backlash. From this point forward, she’ll likely rely on far-right releases from the likes of Breitbart and Daily Wire, and continue to hemorrhage the few fans she has left.