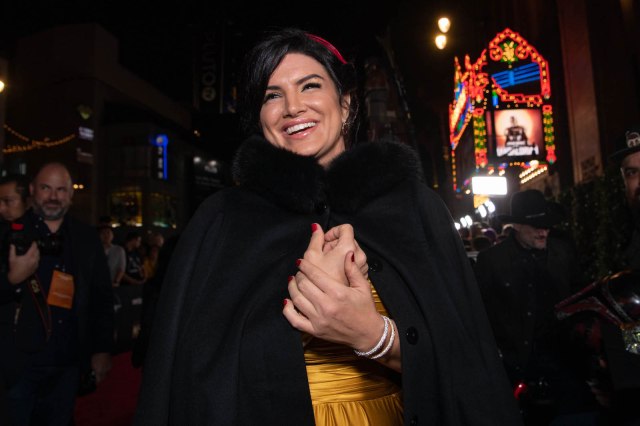 They’re baaaaaaack. Or, it’s likely that they will be again soon. Controversial former The Mandalorian actor Gina Carano has recently reactivated her Twitter account and immediately responded to a tweet by the site’s new owner and de facto leader Elon Musk with a winky new post that may indeed be the harbinger of a wave of horrid returns to the site.

Musk has made no secret of the fact that he intends to change the face of the microblogging platform by removing perma-bans on some of the site’s more rabble-rousing (and often racist) users, including the great orange whale himself, former president Donald J. Trump. Carano’s reappearance may be the first of many heads soon to pop up out of the woodwork.

While Carano herself was never banned from the site she did voluntarily deactivate her account last month (perhaps in a switch to Trump’s Truth Social social networking site). Fans of the former mixed martial artist suspected that her account had been banned but it appears that the deletion was voluntary and that Carano has re-joined the Twitterverse in hopes that new management will allow her to post whatever conspiracy theory she’s currently entertaining with impunity.

Carano is definitely a fan of Musk, and back in December quoted the Tesla co-founder’s anti-“wokeness” screed that he made during an interview with the evangelical parody site The Babylon Bee (think a right-leaning, much less funny version of The Onion). For his part, Musk has already made good on his promise to usher out Twitter’s former management team since his takeover and has cut through a swath of the company’s execs.

It remains to be seen however if Carano’s re-emergence will herald the return of the site’s most notorious ban recipients.