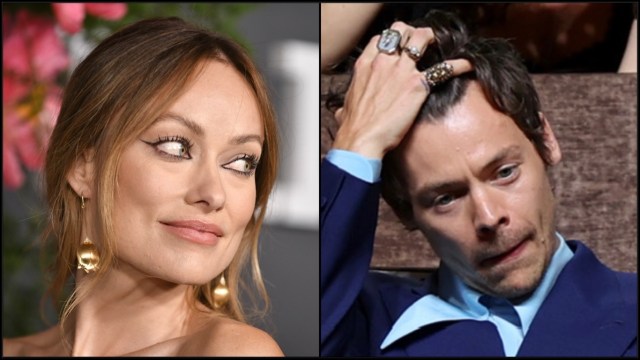 Harry Styles and Olivia Wilde have reportedly called it quits after almost two years together following their romance on the set of the film Don’t Worry, Darling.

Styles has been touring the world, selling out arenas and breaking records, like his 15-night run of sold out crowds at Madison Square Garden. Olivia Wilde has joined him when she could, but the unavoidable separation likely contributed to what is an amicable decision, sources told People Magazine.

One of those sources stated, “Right now, they have different priorities that are keeping them apart.”

Other sources confirmed the breakup, saying, “He’s still touring and is now going abroad. She is focusing on her kids and her work in L.A.”

There have been numerous reports of drama in regards to the way the relationship began, with some claiming that Wilde initiated the relationship while still married to, and living with, Jason Sudeikis. Other reports stated that Styles was possibly romantically involved with Florence Pugh, the star of Don’t Worry, Darling, just prior to being linked with Wilde, the film’s director.

Olivia Wilde appeared on The Late Show with Stephen Colbert in September and answered numerous questions about some of the controversies that surrounded her film, including spitgate, what exactly happened with the “firing” of Shia LeBeouf, and what she thinks of Florence Pugh.

Meanwhile, Styles’ tour has been hugely successful, one can even say it’s been all rainbows, especially considering he was hit by Skittles while performing in Los Angeles.

In regards to the now apparent end to their romantic relationship, it’s not all bad news. One of the sources told People Magazine that they are still very close friends. However, it is unclear if Wilde will be still making her salad dressing for Harry.