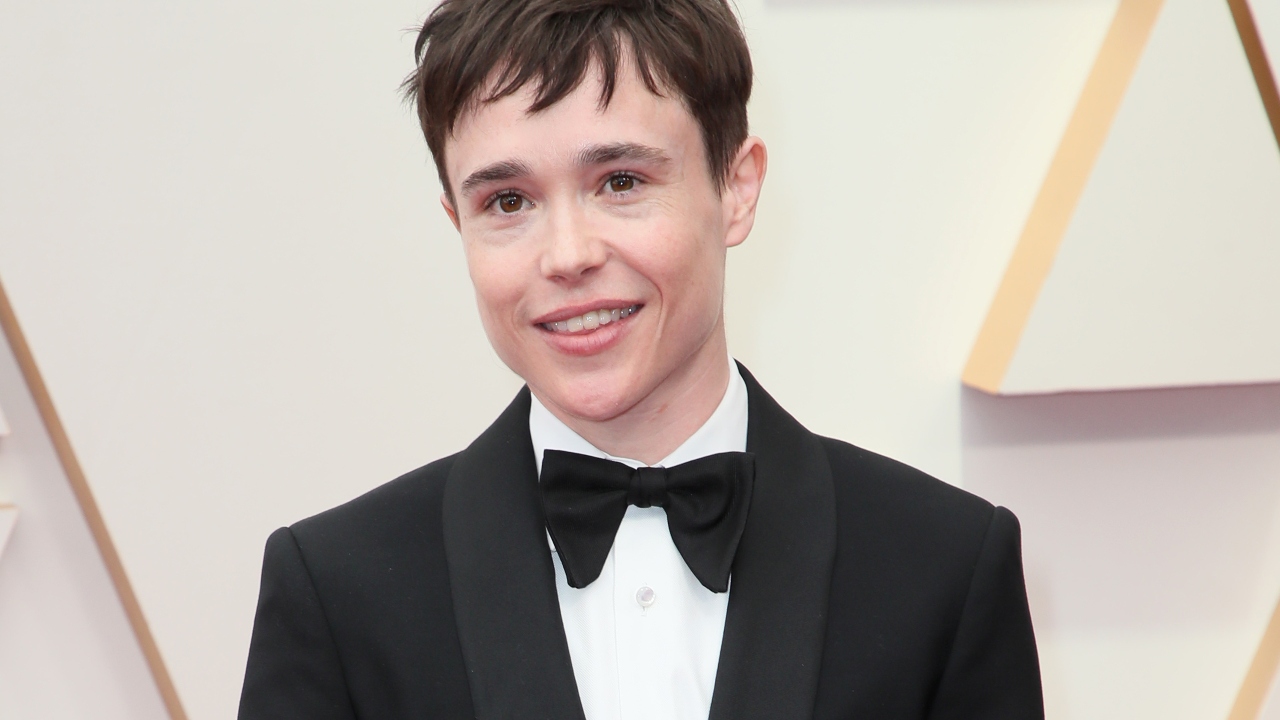 Right now, the whole world knows the name Elliot Page. Some may remember him as Ellen Page, the Juno star who rose to prominence for providing the voice and motion capture for Jodie Holmes, the main character in the video game Beyond: Two Souls (2013), for which Page received a BAFTA Games Award nomination. In December 2020, Page publicly came out as transgender and announced his name, Elliot. Recently, the 35-year-old became the first openly transgender male to appear on the cover of Time magazine and also appeared in an Esquire cover story, where he talks about “his childhood, his career, his transition, and his life, though not necessarily in that order.”

Obviously, since his transition, Page has been focusing on his personal health and wellbeing, but always manages to keep himself on the public radar. His breakthrough role as Vanya Hargreeves (Viktor Hargreeves) in Netflix’s The Umbrella Academy rejuvenated his career with his first major role in a television series since 1999’s Pit Pony. After several guest appearances and cameos, such as those in Family Guy, The Simpsons, and Saturday Night Live, Page has yet to re-enter the spotlight after transitioning and properly introduce Elliot Page to audiences everywhere. Here is every confirmed Elliot Page project scheduled to premiere in 2022 and beyond.

Although Elliot Page doesn’t star in Nicolò Bassetti’s Nel Mio Nome (Into My Name), he executive produces the 90-minute documentary, which follows Nic, Leo, Andrea, and Raffi, four friends aged between 20 and 30 years old hailing from various parts of Italy who are each at different stages of their female-to-male transition process. The cast includes Nicolò Sproccati, Leonardo Arpino, Raffaele Baldo, Andrea Ragno, Luisa Fizzarotti, Dario Sebastio, and Chiara Battistini. Into My Name was inspired by the gender transition of Nicolò Bassetti’s son, Matteo, and even though it already debuted at Berlin’s Panorama program back in February, it deserves a mention on the list anyway.

As per Deadline, Page personally commented on Into My Name‘s sentimental value. He said, “What stands out to me about Nel Mio Nome is the way it so artfully and intentionally presents all the different pieces that make up a person’s identity. It’s a meditation on trans humanity, and I’ve never seen another film like it. Knowing that Bassetti consulted closely with his trans son throughout production is so beautiful to me, and I think that lived experience and input is clear in the film’s perspective. I’m honored to be onboard and can’t wait for everyone to see it.”

Previously, Viktor had used she/her pronouns under the name Vanya, but in the third season, Viktor comes out as a transgender man and undergoes a transition from female to male, corresponding with Page’s own transition. Thus far, the series has received six Emmy nominations and has become one of Netflix’s most-watched shows. In November 2020, The Umbrella Academy was renewed for a third season, which is set to be released on June 22, 2022.

In 2017, an action-adventure survival video game known as Ark: Survival Evolved released on Linux, Windows, macOS, PS4 and Xbox One. In the open world experience, players must survive being stranded in environments with natural hazards, roaming dinosaurs and other hostile prehistoric creatures using firearms and other handmade weapons. In 2021, Studio Wildcard released ARK: Ultimate Survivor Edition, including Survival Evolved and five expansion packs; Scorched Earth, Aberration, Extinction, and Genesis Parts 1 & 2. An untitled sequel, currently known as Ark II, is scheduled for release sometime in 2022; in the meantime, an animated fantasy series based on the Ark video game franchise — called Ark: The Animated Series — is currently in development.

Very little is known about Ark: The Animated Series besides the fact that it will consist of 14 episodes set in various points of history that flesh out the world of Ark: Survival Evolved. Its all-star voice cast stars Gerard Butler as General Gaius Marcellus Nerva, David Tennant as Sir Edmund Rockwell, Madeleine Madden as Helena Walker, Michelle Yeoh as Meiyin Li and Jeffrey Wright as Henry Townsend. Elliot Page will portray Victoria Walker, a new character that does not appear within the video game franchise. Walker is — according to the Ark: Survival Evolved wiki — “an idealistic humanitarian aid worker, and wife of Helena Walker.” Sadly, there has yet to be an official release date, but the project is expected to air sometime in 2022.

Naya Legend of the Golden Dolphin (2023)

Right now, Naya Legend of the Golden Dolphin is in its early stages of development, so few details have been revealed. However, according to its IMDb page, the action film will follow “the adventures of Naya The Golden Dolphin Princess and her mission to save the Earth.” Jonathon Kay, director of Walking After Midnight (1999), is set to both direct the feature film and pen its screenplay alongside Katie Ford, best known for co-writing/co-producing the hit film Miss Congeniality. Only a handful of roles have been disclosed, including Gerard Butler as King Kula, Megan Fox as Princess Leilani, Kate Winslet as Cupid, and Elliot Page as Dusky. Also on the IMDb page, the release date for Naya Legend of the Golden Dolphin is listed as June 30, 2023, but this is not confirmed and is subject to change.

Many of Page’s future works are too far along the line to be truly detailed, but the last confirmed project that Elliot Page is lending his voice to would be Henry Anderson’s Robodog, listed on IMDb as the story of “two odd-couple canines, one a robot and one a real dog, as they embark on an adventure and find their place in the world.” Robodog will mark Anderson’s directorial debut — as it appears on his IMDb profile — and will be written by the combined efforts of Robert Reece (The Nut Job) and William Josef Schneider (15-40). Again, only a few actors are confirmed to be involved; Rainn Wilson, Ron Perlman, Steve Zahn, Robbie Daymond, and — of course — Elliot Page. Interestingly, Page and Wilson previously co-starred in Juno (2007) and Super (2010). Right now, there is not an official release date.