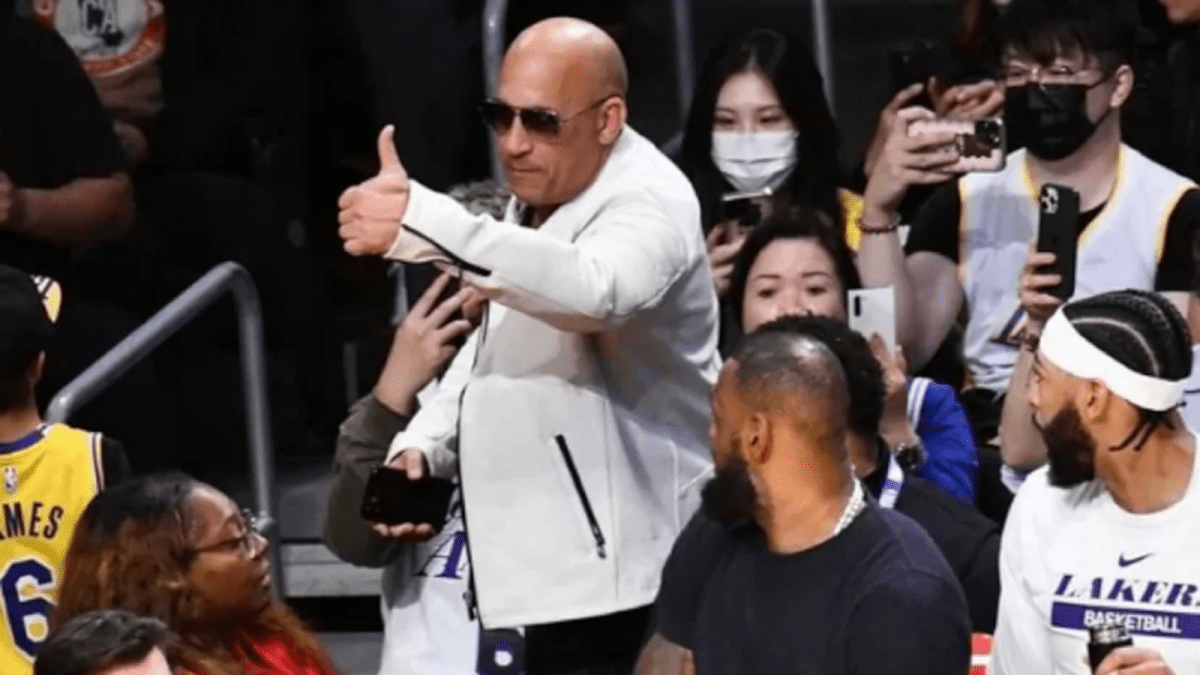 When Vin Diesel recently went to a Lakers game to meet with LeBron James, Russel Westbrook, and Anthony Davis, he wasn’t just there to watch basketball. He took the opportunity to stand up for Brittney Griner and demand her release from the Russian prison where she was being forced to labor.

The Phoenix Mercury center was heading to Russia about 10 months ago to play basketball in the WNBA offseason with the Russian Premier League. She was detained at customs for having vape cartridges containing hashish oil and ultimately, she was sentenced to nine years in prison, where it didn’t take long for Russian officials to transfer her to Mordovia, a labor camp notorious for long hours and minimal medical assistance.

In a post that has since been deleted, Vin Diesel poses with a thumbs up as James and Davis look over their shoulders, and captioned, “I need Brittney Griner home before Christmas.” Well, that’s what did it! If that’s the case, why didn’t he think of doing that much sooner, like during her trial?

It’s pretty obvious why the Fast and Furious star might have taken the post down. He was simply trying to show support for the WNBA star and use his platform to do it. Everyone knows the internet though and fans are going to have fun with this one.

It’s lighthearted humor because after all, she is coming home. Celebratory humor at its best. It’s just the very coincidence of Diesel’s post with the timing of the actual decision that gives fans a good bit to have fun with today.

Forget negotiations that started immediately once Griner was sentenced. Forget what America had to give back to Russia in order to make this happen. Standing up at a basketball game and giving the thumbs up is all Putin needed to change his mind about the whole ordeal.

The diehard Fast and Furious fans keep coming back with what Dominic has in his arsenal. Don’t play games with a man who has flying space cars! It’s just not smart to pick a fight with that kind of technology.

Making true believers out of people who didn’t know, Diesel might have won over a whole new wave of fans. Now, what is he going to do? What’s next on the list of To Do things in order to restore World Peace?

In the deal, America will release Viktor Bout, a Russian arms dealer. Left behind is Marine and inmate wrongly accused of espionage Paul Whelan, who is currently serving a 16-year prison sentence. Russia gets an arms dealer, and America can’t get back a Marine who was wrongfully sentenced for being a spy. That sounds about right in this twisted world.