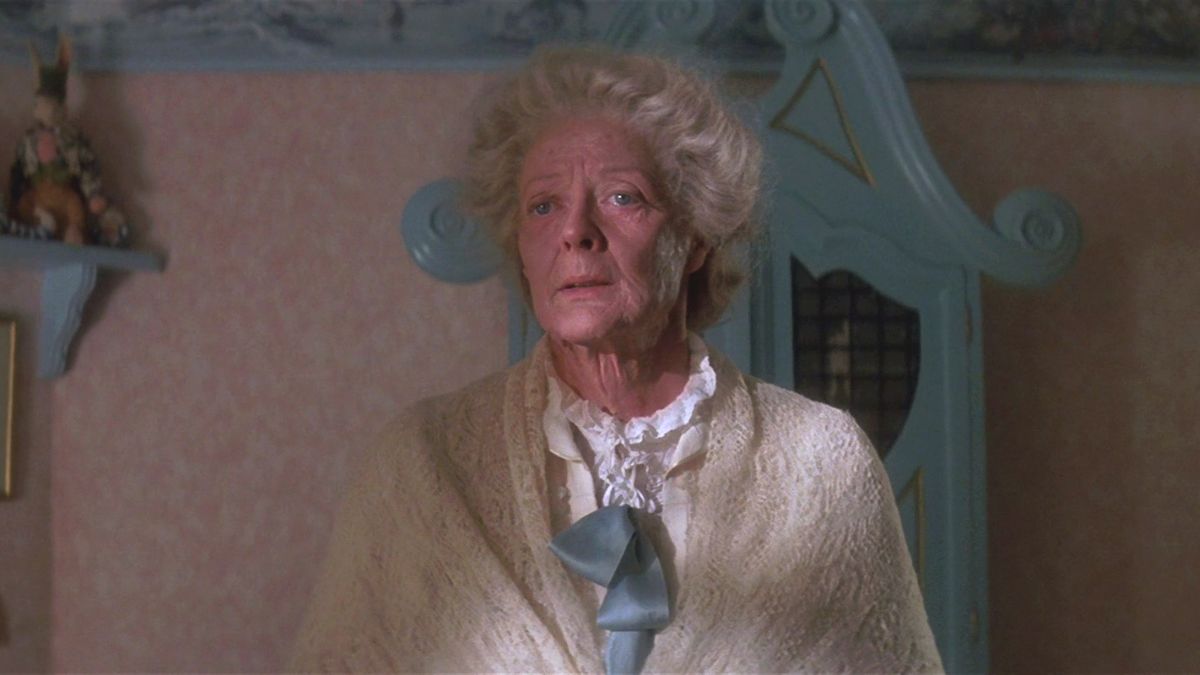 Maggie Smith might have looked like a 90-year-old grandmother in Hook but you will be surprised to know the actress was actually much younger at the time the movie was filmed.

The legendary British actress plays Granny Wendy Darling in the 1991 Steven Spielberg film which offers a different take on the classic fairy tale. In the movie, Wendy is actually Peter’s grandmother-in-law, and the only one who knows his true identity as Peter Pan. The real-life Peter Pan author J.M. Berrie is Wendy’s neighbor, who writes down her stories about Peter Pan, eventually making it a popular children’s tale within the story world.

Granny Wendy is supposed to be around 92 years old in the film, according to IMDb, but Maggie Smith was only 56 when she shot Hook. They used make-up, of course, to age the actress up, in what ended up being a very convincing final result.

Given Smith’s extensive career, and popularization in the Harry Potter franchise as Professor Minerva McGonagall when she was already well into her sixties, the actress seems to be immortalized in our collective memories as an older woman, but no, she wasn’t that old already in 1991.

Smith has over 80 acting credits to her name from film to television. By the time she made Hook in 1991, she was already a two-time Oscar winner.

Smith turned 88 in 2022, which means she has yet to reach the age Granny Wendy was in Hook. Did the make-up department in the film correctly predict what the actress would look like at 92?