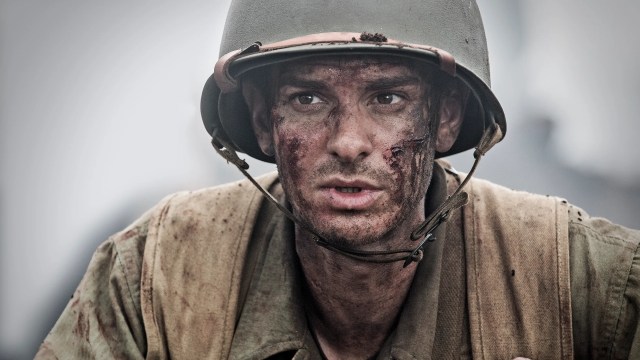 Andrew Garfield may have a case of the method acting (Methodious actingassis). With symptoms like weight loss, low libido, and religious hallucinations, his presumptive case is not as virulent as those caught by Daniel Day-Lewis, Christian Bale, and especially not Heath Ledger (RIP), but it’s still worth testing — and possibly treating. On first assessment, it appears to be acute, having arose on the film Silence and since dissipated. However, there’s evidence of outbreaks occurring on other films, suggesting a chronic infection. We’ll investigate whether Garfield is a full-blown method actor. And if he is, we’ll determine his prognosis.

What is method acting?

Method acting is a technique employed by some actors where they “become” their characters rather than simply play them. This entails diving deep into a character’s psyche, thinking, speaking, and living like them, and doing so outside of production. Yes, certain method actors stay in character between takes, after takes, and even after taking off for home. The more tragic the character, the more dangerous the method acting. For instance, Ashton Kutcher developed pancreatitis from adopting Steve Jobs’ fruit-full but not fruitful diet; Shia LaBeouf cut up his face, yanked out a tooth, and didn’t bathe for four months to play a war-torn tank gunner; and Adrien Brody gave up many of his possessions and wasted away to 130 pounds to play Holocaust survivor Władysław Szpilman.

Garfield isn’t that sick, but he exhibits some early warning signs.

Silence is the movie that brought Garfield’s method acting to our attention. To play a 17th century priest whose faith is tested in Christianity-suppressed Japan, the actor did spiritual training, attended a Jesuit retreat, and abstained from food and sex. “I had an incredibly spiritual experience. I did a bunch of spiritual practices every day, I created new rituals for myself,” he told Marc Maron on WTF. Appropriately, the retreat was seven days of silence at a Jesuit house in Wales, where “you enter into your imagination to accompany Jesus through his life from his conception to his crucifixion and resurrection,” as he told The New York Times. “It’s devastating to see someone who has been your friend, whom you love, be so brutalized.”

Continuing with Maron, Garfield said, “I was celibate for six months and fasting a lot, because me and Adam [Driver] had to lose a bunch of weight anyway.” He lost 40 pounds in total and “had some pretty wild, trippy experiences,” to say the least.

Garfield had dabbled with method acting before Silence. Surprisingly, he did so while playing a comic book character. “If you’re gonna do it and treat it real — if my DNA is being mixed with that of an actual spider,” Garfield began, “then why not actually bring in the physicality of a spider?” That’s right: he studied spiders to play Spider-Man. He also studied Muhammad Ali and Ronaldo to increase his athleticism, supplemented with his own workout regimen. “I had about four months of training . . . where I would exhaust myself every day and get into near-death experiences every hour, on the hour,” he recalled to The Hollywood Reporter.

More than taking on the body of Peter Parker, he took on his mind, telling NPR: “If you really look at the idea of being bitten by a radioactive spider, and what that would mean to a 17-year-old boy . . . it’s too much for anyone, let alone a 17-year-old kid.”

Desmond Doss is yet another religious character that Garfield got downright spiritual to play. A real-life Seventh-day Adventist who became a war hero despite refusing to kill or carry a weapon, Doss is the subject of Mel Gibson’s Hacksaw Ridge, which was filmed the same year as Silence. Garfield’s Method was madness as he went from believing that he was best buds with Jesus to absorbing spiritual energy by touching Doss’ tools. “I was able to go to his hometown and handle his old tools in sort of a mystical thing where you hope to absorb his essence,” he told Variety. “I tried to absorb as much of his essence as possible.”

Moreover, he studied the doss on Doss, which included footage of the young pacifist that he watched “over and over again”:

“There was a lot of footage out there . . . There’s a great documentary called The Conscientious Objector by Terry Benedict. That was a big resource for me. There was lots of books, there were articles, there was footage of him as a young man on This Is Your Life . . . I would watch that over and over again . . . because him as a young man was very, very different to him as an older, an older guy. Vocally, there was a lot to work on.”

Garfield starred as Prior Walter in the 2017-18 revival of Angels in America, a play about the AIDS epidemic. Although not a gay man like Prior, Garfield lived as a gay man, minus “the physical act.” This consisted of spending time with his friends in the gay community and watching every season of RuPaul’s Drag Race. Although he wouldn’t go the extra mile, he didn’t rule out doing so in the future: “Maybe I’ll have an awakening later in my life, which I’m sure will be wonderful and I’ll get to explore that part of the garden, but right now I’m secluded to my area.”

To play legendary composer Jonathan Larson in this Oscar-nominated musical, Garfield did a year of piano and vocal training. “The main hours of most days were spent singing and learning piano and learning the choreography,” he shared with The Hollywood Reporter, “and then there was the other stuff that usually is my only focus, which is the study, the research, the immersing myself into the land of Jonathan Larson.”

Since “no one knows who Eduardo Saverin is,” Garfield felt that he didn’t need to know the Facebook co-founder to play him in The Social Network. “Of course, the fact he’s a real-life human being, breathing on this Earth somewhere, creates a whole new dimension to my approach because you feel a greater sense of responsibility,” he clarified to the Los Angeles Times. “But not that much greater because [for] any character you feel a sense of responsibility as if they were a real person.” He didn’t even meet Saverin because “in terms of doing some kind of mimicry performance, it didn’t feel necessary or important.”

Garfield’s most recent role was Detective Jeb Pyre in Under the Banner of Heaven, a Hulu miniseries based on Jon Krakauer’s eponymous book about Mormon fundamentalism. Garfield had fallen in love with the book a decade prior, so joining the small screen adaptation was a no-brainer. To prepare for the role, Garfield “traveled to Utah for a little research trip with some friends of [creator] Dustin Lance’s and met countless ex-Mormons, current Mormons, future ex-Mormons, cop Mormons.” Talking with Variety, he explained the approach he took:

“I just asked lots and lots of questions and tried to immerse myself in that culture as much as possible and made sure that there wasn’t a hair out of place in that way.”

One part of Mormonism that he couldn’t adopt was abstinence from caffeine. “Hell no!” he replied after being asked if he took that extra step. “I needed coffee.” Like so many other people in this sleep-deprived world, Garfield can give up sex and food but not a cup of Joe.

“There’s been a lot of misconceptions around what Method acting is,” Garfield said. “It’s not about being an asshole to everyone on set. It’s actually just about living truthfully under imagined circumstances.” Based on that definition, Garfield is a method actor; based on the sensationalized definition, Garfield has been mildly infected by the technique but it’s not chronic or dangerous. After all, he stopped himself from going totally Method on projects like Angels in America and Under the Banner of Heaven, and he didn’t do any “method” acting on The Social Network. He usually thinks deeply about a character and does copious research if the character is real, but that is basic due diligence for an actor of his calibre.

Most importantly, we haven’t heard from a single person who has been annoyed by Garfield’s method acting (we’re looking at you, Jared Leto in Suicide Squad). Part of his technique is “being really nice to the crew simultaneously, and being a normal human being, and being able to drop it [method acting] when you need to, and staying in it when you want to stay in it.”

Garfield is a Tony winner, Golden Globe winner, Emmy nominee, and two-time Oscar nominee, so, as long as he’s not hurting anyone, he should be free to portray a character however he and his director see fit.