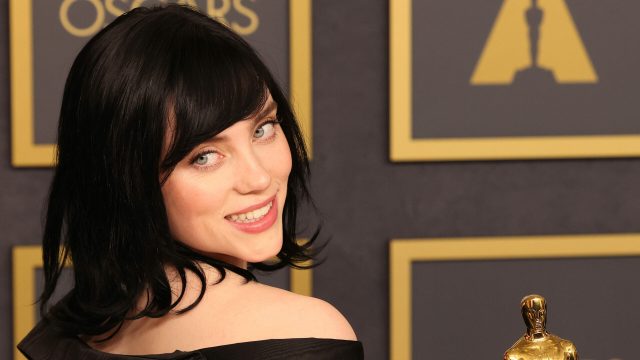 Billie Eilish might have a new love interest, and fans can’t stop talking about it. The singer has been the talk of social media since earlier this afternoon after the Pop Crave Twitter account shared a video of Eilish and The Neighbourhood’s Jesse Rutherford.

So why are fans wondering if Eilish is dating Rutherford, and what started the conversation? The two were seen outside of Halloween Horror Nights in LA on Friday, and they looked pretty cozy as they walked away from a specific part of the attraction.

Eilish is no stranger to making headlines, but fans usually talk about her career, so to have romance as the leading topic is different for the music star. It’s not just the could-be relationship between the two of them that has fans talking; they’re more concerned with factors like Rutherford’s age and when the pair met.

If you’re not familiar with Rutherford, their backstory, or why people are up in arms about a video and a snap shared the next day, we’ve got you covered.

Where you know Eilish and Rutherford from

First things first, you know Billie Eilish and Jesse Rutherford from the music industry. Eilish is a Grammy-winning artist responsible for hits like “Ocean Eyes”, “No Time To Die”, and “Happier Than Ever.” Eilish’s voice is almost haunting as it draws you in, full of emotion and a beautiful brand of storytelling.

Jesse Rutherford is the lead singer for the band The Neighbourhood, and they’re well known for tunes like “Sweater Weather”, “Daddy Issues”, and “Stargazing.” The band is currently on a hiatus, as confirmed by Variety in early 2022.

Rutherford met Eilish when she was in her early teens, and that’s why fans seem to be so upset about the possible pairing. While there’s yet to be an official statement from either Rutherford or Eilish about the potential romance, fans are convinced something is brewing.

Eilish’s last relationship was with Matthew Tyler Vorce, but the pair split up earlier this year. Rutherford was last linked to Devon Lee Carlson, but they split in 2021.

What got the rumors swirling

Pop Crave shared a video of Eilish and Rutherford at Halloween Horror Nights in Los Angeles over the weekend. The video sees the pair walking through the exit of a haunted maze, as Perez Hilton reports, and you can spot the two holding hands as they make their way to the next attraction.

An image shared by the social media account also sees the pair having dinner at a restaurant, and Pop Crave shared the snap on Oct. 16.

Entertainment Tonight reports that the snap of Rutherford and Eilish at dinner was taken on the Thursday before their haunted adventure. A restaurant-goer notes that they looked “happy” and enjoyed a meal together for a couple of hours.

Andrew Axelband also shared some moments of intimacy between the two.

“Billie and Jesse had dinner at Crossroads Kitchen in West Hollywood, California at 8:30 p.m. on Thursday night. It definitely seemed like a date and they stayed there for three hours. They had pasta and other dishes. During their dinner, Billie touched the back of Jesse’s head for a long time, he kissed her on the cheek, and they both kissed on the lips.”

Of course, Rutherford has known Eilish since she was 15, so it’s entirely possible that the pair were spending time together as friends; and it’s not uncommon to grab a friend’s hand going through haunted mazes and houses, but fans aren’t sold on a strictly platonic bond here. They’re also not entirely thrilled about the possible relationship.

Why social media users are on the fence about this pair

The news of Eilish having possibly found a love interest in Rutherford isn’t sitting well with fans. Most notably, they’re not thrilled about the age difference. While Eilish is 20 years old and above the age of consent, fans don’t like that Rutherford has known her since she was in her early teens and that they could be dating now.

While some responses to the news say that fans need to let Eilish make her own decisions, many others are worried that Rutherford may have been taking advantage of a situation if they are a couple.

This infamous meme sums up how many fans are feeling right now.

Some fans wonder if this might signal a collab, or rather, they’re hoping it is so they can feel better about the situation.

Of course, Eilish and Rutherford have yet to comment on the status of whatever relationship they have; but having known one another for more than five years, it’s something fans are aware of and hoping to find out more about soon.