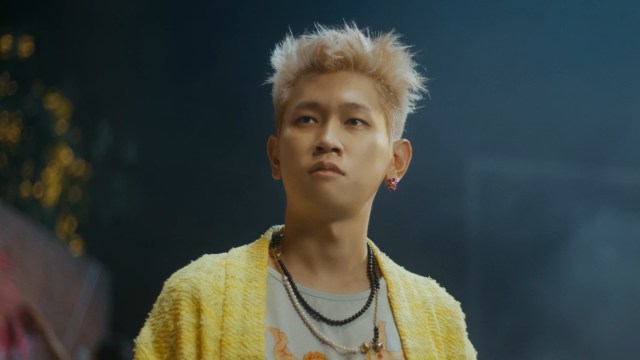 For a while now, the K-Pop corner of the Internet has been on fire due to allegations against the solo artist, Crush. Having recently been brought into the spotlight after collaborating with BTS’ J-Hope in his latest single, “Rush Hour”, the attention on Crush quickly became less than ideal.

After a festival performance at Yonsei University on Oct. 9, the singer was accused by an attendee of racism. The fan took to Twitter to expose a situation they considered discriminatory and posted a video of the moment that began it all. In the video, we can see Crush on stage, high-fiving members of the audience and shaking their hands, but when approaching two black fans, he appears to wave them off. While the video had no sound, the user who posted it (@tulipyeo) claimed that the artist said “no” to touching their hands, and moved on to high-fiving other (non-black) attendees. Unfortunately, this tweet is no longer available.

Faced with this piece of evidence, fans of the singer, along with a majority of the K-Pop fan community, took to social media to comment on the incident. The backlash was fierce and immediate.

On Oct. 10, Crush posted on his Instagram account, denying the racism allegations and explaining his side of the story. The artist claimed that he did not approach those fans due to safety concerns, since the festival attendees “were getting too close to the fences” and “those in the front row were getting pushed against the fence.”

At first, people were unconvinced by Crush’s statement, believing that a mere safety precaution was not the reason behind the singer’s actions. People did not understand why Crush would only wave off those two fans in particular; after all, if the issue was safety, he should be denying high-fives to and avoiding other fans as well, right?

In the days that followed, other videos and pictures from the performance started to surface online, giving more credibility to Crush’s claim that a misunderstanding took place. In these, we can see Crush making the same gesture to other audience members, and telling people to be careful not to hurt themselves.

With these new pieces of evidence, most fans started to relent, and the fan responsible for the accusation has since deleted their Twitter account. However, some people are still not entirely convinced that Crush isn’t racist, and the resurfaced fact that in 2016, the singer participated in the show King of Masked Singer and did blackface isn’t doing the artist any favors.

Now, opinions seem to be divided, with some claiming that no racist person would donate to the Black Lives Matter movement, like Crush did years ago. On the other hand, the fact that the singer posted about his donation on Instagram and has since deleted it has led others to believe that the action was merely performative.

The debate is thus still ongoing and doesn’t seem to be going away any time soon.