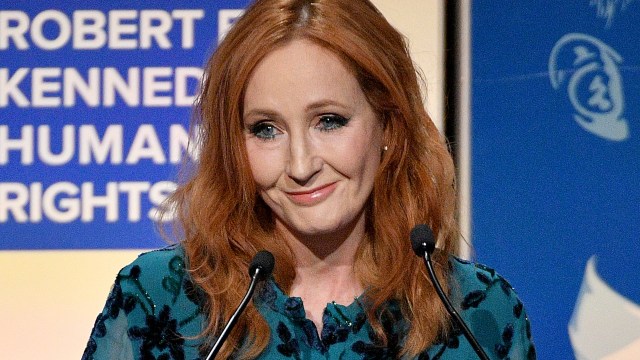 J.K. Rowling has tweeted something that makes you scratch your head in bewilderment and ponder whether or not Rowling herself is victim of a spell cast on her.

The billionaire author of the Harry Potter series has made more news in recent years for her views on the transgender community than anything else. She reminds us that she speaks up for women yet does so while speaking out against others. Rowling’s approach has been insensitive at best and even forced the founders of the real-life sport of Quidditch (no, they don’t really fly on brooms) to change their name to Quadball.

Her most recent tweet is certainly divisive as some have come to her defense while others express lost respect for her.

It all started when twitter user @itsnoodleszn_ responded to Rowling’s quote tweet that attempted to call out musician and activist Billy Bragg as a misogynist.

Rowling then decided to reply to the “How do you sleep at night knowing you’ve lost a whole audience from buying your books” response.

Apparently out of respect for not wanting to call out the user, Rowling screenshot that tweet, cut out the username, posted it as photo on her tweet and replied to it by writing, “I read my recent royalty cheques and find the pain goes away pretty quickly.”

At the time of publishing this article, her tweet has over 142k likes but her responses are filled with both favorable and not so favorable opinions. Clearly, she thought she was giving a proper burn, and her likes will convince her of that.

Rowling is proud to be rich, it seems. Perhaps a congratulations is in order.

For your viewing pleasure, here is a variety of different responses to Rowling’s tweet: