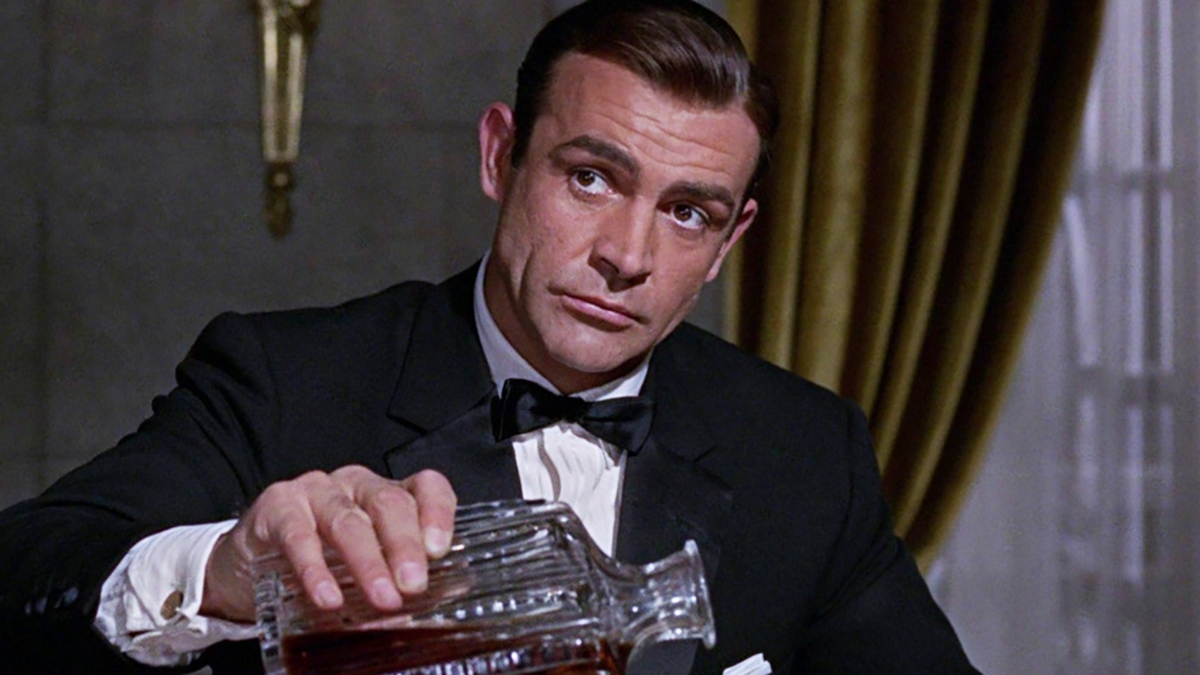 Ever since his conception in Ian Fleming’s 1953 novel Casino Royale, MI6’s greatest asset, 007 agent James Bond, has adopted many faces. In 25 movies across 60 years, audiences have been subjected to the proverbial thrill of James Bond’s many heroic and secretive exploits. Bond’s creator Ian Fleming passed away in 1964, but after 12 novels and two collections of short stories, it was time to capitalize on the success of the author’s works with a live-action adaptation of Britain’s biggest pop culture icon.

Two years before Fleming’s death, Sean Connery brought 007 to life for the first time in Dr. No, a role he would reprise an additional five times. Over the years, several other actors have inherited the role, including George Lazenby, Roger Moore, Timothy Dalton, Pierce Brosnan, and, most recently, Daniel Craig.

Daniel Craig’s latest venture, No Time to Die, marked the definitive end to his Bond career, so Eon Productions are actively searching for the next famous face to fill the tuxedo. From Luther‘s Idris Elba and Venom‘s Tom Hardy to Fifty Shades of Grey‘s Jamie Dornan, multiple males have been scouted to become the next Bond. At one point in time, it was even rumored that a female would be taking over duties at MI6, and following the (spoiler!) death of Daniel Craig’s Bond in No Time to Die, Lashana Lynch’s Nomi seems to be a probable prospect.

However, plenty of celebrities and fanatics alike have shared their disdain for a female Bond, so there’s been no further development on that as of late. That being said, there’s been countless Hollywood stars who were either denied the Bond role or opted out for one reason or another.

Although he impressed producers as Russian-born adventurer Sidney Reilly in the 1983 British television series Reilly, Ace of Spies, Neill ultimately lost out to Timothy Dalton for the iteration of Bond that would appear in the fifteenth and sixteenth movies, The Living Daylights (1987) and Licence to Kill (1989).

For a long time now, Henry Cavill’s name has been tossed around as Eon’s talent scouts scope out their next Bond. Ever since 2013’s Man of Steel, Cavill has been known to the entire globe as the modern-day Clark Kent/Superman, an ongoing role which he reprised in 2016’s Batman v Superman: Dawn of Justice and 2017’s Justice League. Aside from the DC universe, Cavill has been making waves as Sherlock Holmes in Netflix’s mystery drama Enola Holmes (2020) and its sequel, Enola Holmes 2 (2022).

While searching for a Bond who would tackle the intimidating adaptation of Fleming’s first-ever novel, Casino Royale, Henry Cavill was the preferred choice of director Martin Campbell; however, he was deemed too young to portray Bond. That was back in 2005, so now the British-born actor is 39, it might be time to revisit that conversation.

Around the same time as Cavill was considered, X-Men star Hugh Jackman claimed he was offered the role, but turned it down because he “didn’t want to do the same things.” It was Jackman’s popularity as Marvel’s Wolverine that put him in the runnings for Bond, so we’re not entirely sure how those two roles are “the same thing,” but we concede.

Aside from the most obvious character he’s played, Jackman starred in The Greatest Showman (2017), Prisoners (2013), and Van Helsing (2004), but he’s scheduled to reprise his role as Logan/James Howlett in the upcoming threequel, Deadpool 3 (2024).

Here’s the big one. Before Daniel Craig was cast in Casino Royale, it was Batman himself, Christian Bale, who had a real shot at snagging the role. Having appeared in Batman Begins as one of the greatest on-screen Batmen of all time, Bale would return as the Caped Crusader in The Dark Knight (2008)— opposite the late Heath Ledger — and The Dark Knight Rises (2012) — opposite fellow Bond frontrunner Tom Hardy and heartthrob Anne Hathaway.

Although Bale is a British actor, he considered the franchise “very British” and felt that the character represented “every despicable stereotype about England and British actors.” He went on to add that he’d “already played a serial killer” in American Psycho (2000).

English-American actor Cary Grant was one of classic Hollywood’s definitive leading men during the era of the 1930s to mid-1960s. Grant’s forte was initially crime dramas, having starred in Blonde Venus (1932) with Marlene Dietrich and She Done Him Wrong (1933) with Mae West, but he later branched out into romantic comedies like The Awful Truth (1937) with Irene Dunne and Bringing Up Baby (1938) with Katharine Hepburn.

When approached in 1961 to become the first on-screen Bond in Dr. No, Grant felt he was “too old” at the time, being 58. It’s thought that Cary Grant was James Bond before James Bond even existed since Ian Fleming said he based the character on Grant. Despite this, Sean Connery beat him to the mark.

Another Dr. No candidate, Irish-American Patrick McGoohan had already landed notable roles as Dr. Paul Ruth in Scanners (1981) and King Edward I in Braveheart (1995), but being the gentleman that he is, when McGoohan was asked to be Bond, he rejected the offer on account of the role being too “promiscuous.” And, well… he’s not wrong.

Aside from acting, McGoohan was a credible director, screenwriter, and producer, having created The Prisoner (1967–1968), a British television series in which he plays an unnamed British Intelligence agent called Number Six. If anyone should turn down a role because he didn’t want to do “the same things,” it would have been him.

Known for portraying Charles, Prince of Wales, in the insanely popular Netflix drama The Crown, English actor Dominic West had previously made a name for himself as Jimmy McNulty in HBO’s The Wire (2002–2008), Noah Solloway in Showtime’s The Affair (2014–2019) and Ebenezer Scrooge’s nephew in the television film A Christmas Carol (1999). He made his television debut in the BBC medical drama Out of Hours (1998).

When West was asked to become Bond for Casino Royale, he’d allegedly heard a rumor that Pierce Brosnan would return and hence ruled himself out. There’s no doubt that when Daniel Craig was cast, West was kicking himself.

American actor Clint Eastwood, an enduring cultural icon of masculinity, rose to international fame for his role as the “Man with No Name” in Sergio Leone’s Dollars Trilogy of mid-’60s Spaghetti Westerns. Throughout the ’70s and ’80s, he embodied the antihero cop Harry Callahan in the five Dirty Harry films. An accomplished director as well as actor, Eastwood took home Best Director and Best Picture for his Western film Unforgiven (1992) and the sports drama Million Dollar Baby (2004).

The 2014 biographical drama American Sniper (2014) is regarded as one of the best-directed movies ever made and set box-office records for the largest January release ever. When offered the once-in-a-lifetime chance to portray Bond in Diamonds Are Forever, he turned it down because as an American actor, he felt Bond should be British and therefore he’d be doing a disservice to the character by potentially butchering the accent and mannerisms.

Liam Neeson, of global fame and several accolades, cemented himself as an action star beginning in 2009 with the action thriller series Taken (2008–2014), then went on to expand his action-adventure repertoire in The A-Team (2010), Unknown (2011) and The Grey (2011) among many others. His most recent role was Philip Marlow in the neo-noir crime thriller Marlowe in 2022, but he’s got a whole slate of films due for release in the coming years, including the thriller Retribution, Irish thriller In the Land of Saints and Sinners and American crime-thriller Thug.

When approached in 1994 for GoldenEye, Neeson had apparently turned down the chance because he wasn’t “interested” in doing action films at that time; it was later revealed that his then-girlfriend and later wife, Natasha Richardson, wouldn’t have married him if he’d taken the role.

Unlike how Clint Eastwood rejected the role on account of not being British, Mel Gibson was initially eyed for The Living Daylights in 1987, but while Metro-Goldwyn-Mayer wanted him for the role, he was rejected by Albert. R. Broccoli, the notable producer of many Bond films, for not being British. Gibson had his breakout role as Max Rockatansky in the first three films of the post-apocalyptic Mad Max (1979-) series, then went on to star as Martin Riggs in the buddy cop action-comedy film series Lethal Weapon (1987-). Also an admired filmmaker, Gibson produced, directed, and starred in Braveheart, a historical epic, in 1995, for which he won the Golden Globe Award for Best Director.

There’s still no official word on who the next Bond will be, so maybe some of these names will be tossed into the mix once more.