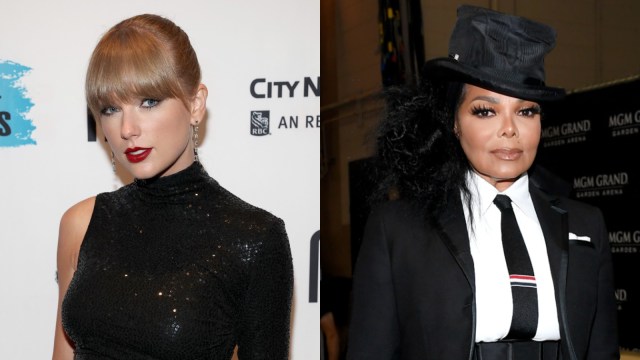 Taylor Swift surprised all her her fans when she announced that “Snow on the Beach,” the fourth track on her 10th studio album, Midnights, includes a surprise collaboration with six-time Grammy Award-nominated artist Lana Del Rey. What fans didn’t expect was for Swift’s lyrics to namedrop one of the biggest artists of all time, Janet Jackson.

The surprise shout-out came during the song’s bridge, which boasts of both whimsical and ethereal qualities. Despite reactions to the song being divided among Swifties, Jackson’s opinion on the matter is clear.

Recording herself listening to the lyrics, Jackson closed her eyes as Swift sang, “But your eyes are flying saucers from another planet / Now I’m all for you like Janet / Can this be a real thing, can it?”

“It’s nice,” said Jackson, humming along. The comments section quickly filled with fans of Jackson expressing their admiration for both her and the relationship she shares with Taylor. In 2009, following Swift’s on-stage drama with Kanye West at the VMAs, Jackson showed her support in the form of flowers.

In an interview with Z100 radio show, Swift shared that “Artists that I didn’t even assume knew who I was [have supported me]. I woke up the next day and I had flowers in my hotel room from Janet Jackson.” No stranger to on-stage debacles herself, it’s nice to know Jackson offered Swift a helping hand all those ago. It makes her mention in “Snow on the Beach” all the more full-circle.

Swift has largely grown out of the good girl reputation that plagued her a decade and a half ago, the kind Kanye West, also known as Ye, might’ve felt was license to shame her on stage. Over the years, however, Swift has shown that she carries zero qualms laying waste to those who’ve done her wrong, most recently in her new song “Would’ve, Could’ve, Should’ve.” It’s nice to know that list doesn’t include Janet Jackson.