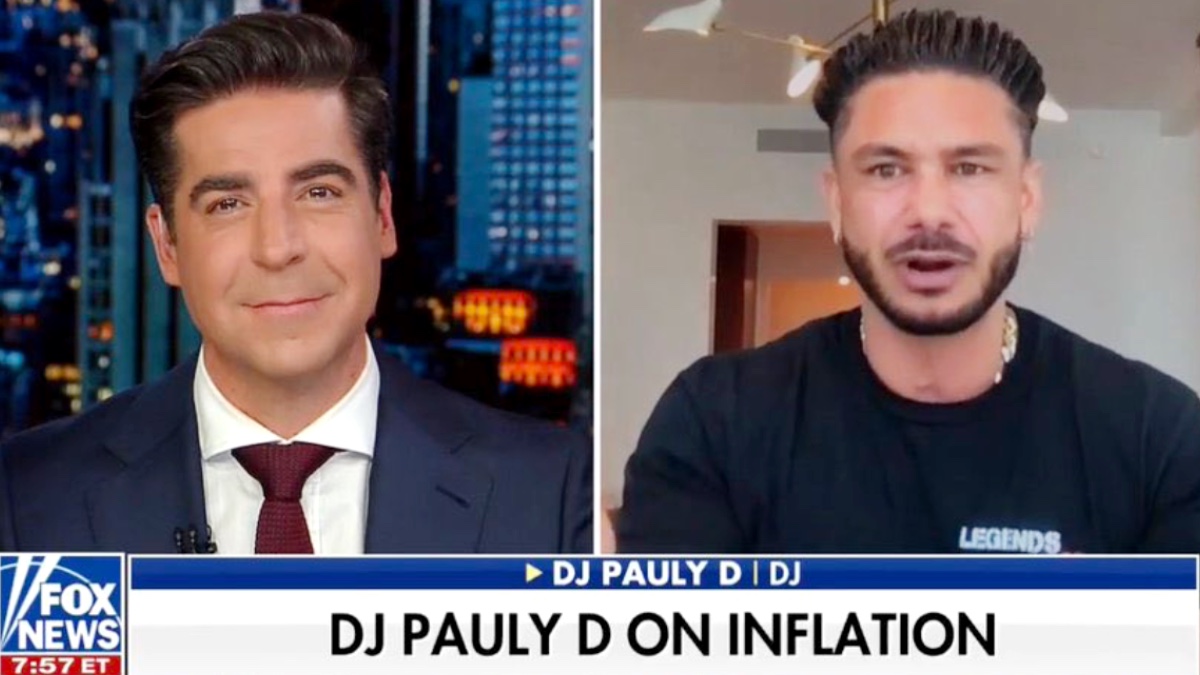 Earlier this week Matthew McConaughey gave a raw, emotional speech at the White House, calling for action on gun control following the horrific school shooting that took place in his hometown of Uvalde, Texas last month. It was difficult not to be moved by McConaughey’s words — unless you’re a Fox News ghoul of course — so now Jesse Watters is getting justifiably mocked online following his condemnation of the actor.

“I’m just saying, what are [sic] the White House going to do now, are they gonna put Tom Cruise out to talk about inflation? Is this where we’re going?” Watters asked his guest, the thumb-headed Karl Rove, laughing cynically. The clip, which was tweeted by self-described internet hooligan Acyn, went viral following Watters remarks.

Now, there’s an obvious difference between Matthew McConaughey, who grew up with guns and is advocating for responsible gun ownership, talking about a tragedy that occurred where he grew up as opposed to Tom Cruise talking about inflation. Yet, Tom Cruise, who is worth $600 million, probably would be more articulate on inflation than say … Pauly D from Jersey Shore, who in fact Watters had on his show just a week earlier to talk about inflation.

That fact was also not lost on Acyn, who also tweeted receipts of said appearance.

“Bruh…” tweeted one user, along with a who’s who of aggrieved old white men who have appeared on Fox News, including Scott Baio, Chuck Norris, Fabio, and Ted Nugent.

“Tom Cruise would be a step up from Jesse’s usual ‘experts,'” added another user, with an eye-rolling emoji.

“And up next, the writer of ‘Wang Dang Sweet Poontang’ on immigration,” quipped someone else, with a screen grab of one of Nugent’s many, many visits to the Fox News studio.

Yet another user pointed out that just a few weeks ago the network was evidently attempting to make the case that Kid Rock was more talented than Bruce Springsteen.

The Tennessee Holler account also shared the clip side by side with Pauly D’s appearance. “Here’s the [Jesse Watters] entry into the self-own Hall of Shame,” the account quipped.

In his speech, McConaughey asked how we can the make loss of these lives matter.

“So while we honor and acknowledge the victims, we need to recognize that this time it seems that something is different,” he continued. “There is a sense that perhaps there is a viable path forward. Responsible parties in this debate seem to at least be committed to sitting down and having a real conversation about a new and improved path forward — a path that can bring us closer together and make us safer as a country, a path that can actually get something done this time.”