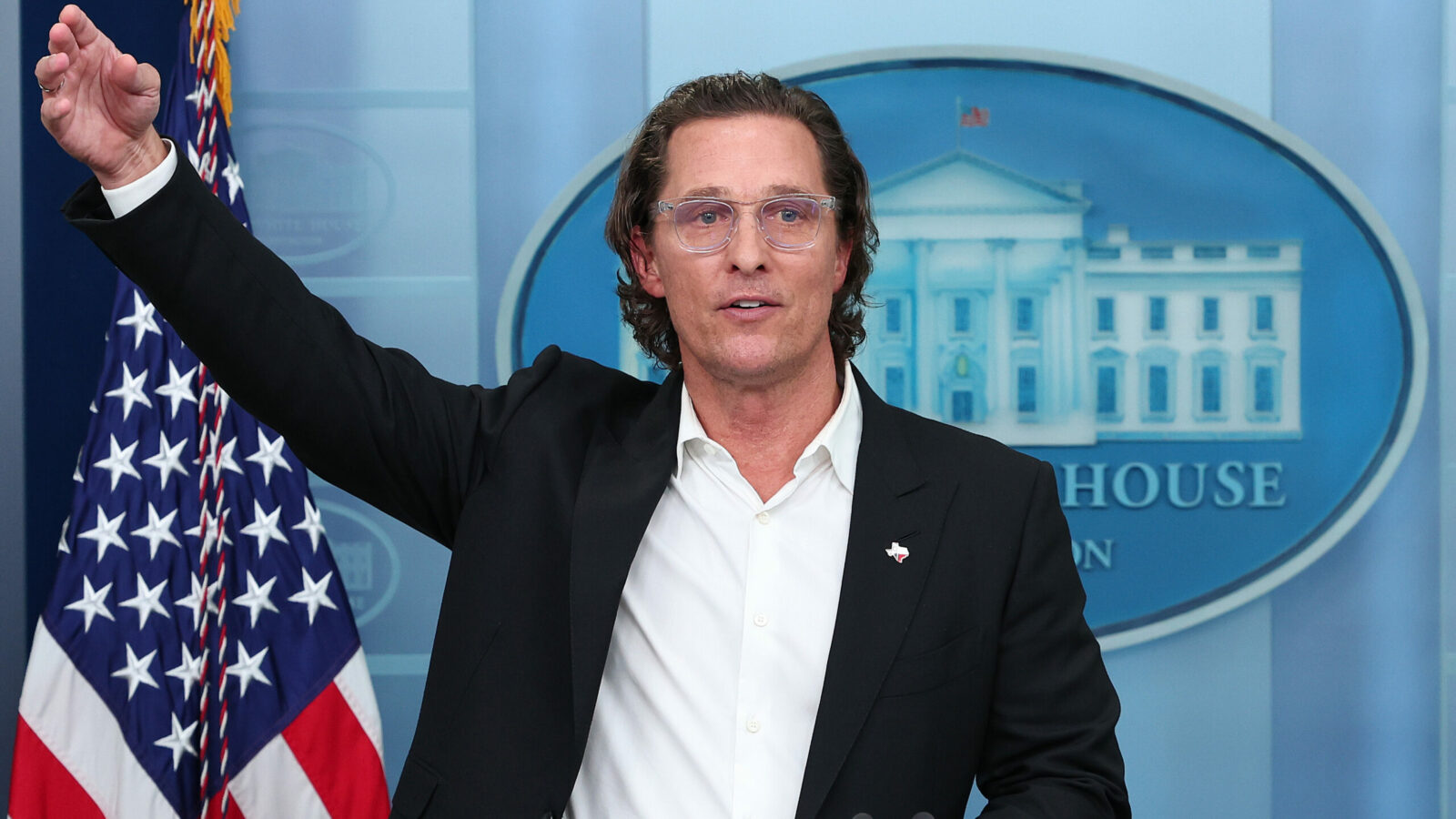 American actor Matthew McConaughey appeared at the White House and gave an emotional speech about the recent elementary school shooting in Uvalde, Texas.

McConaughey took to the podium and told stories about the victims and their families that he learned about during his recent visit to Uvalde, his hometown. A common theme when he told these stories was that he wanted to ensure that the deaths of the victims were not pointless and would mean something.

“How can these families continue to honor these deaths by keeping the dreams of these children and teachers alive? Again, how can a loss of these lives matter?”

One of the stories he shared was about a young girl with aspirations to become a marine biologist. He also mentioned the green Converse shoes the child wore, presented by his wife Camila Alves, that helped identify her after the tragic incident.

Another was an aspiring artist with dreams to go to art school and share her art with the world. The parents believed that sharing her work right now with others would make her “smile in heaven”.

McConaughey told the press about how victims’ families are feeling, how they are all hurting and how the country is divided when it comes to gun laws.

“The people are hurting. Families are, parents are, and looks as how divided our country is. This gun responsibility issue is one that we agree on more than we don’t.”

McConaughey has been consistently voicing his concerns and calls for action since the Texas shooting. The actor wrote an op-ed calling for action towards gun control. He also released a statement about the tragic incident, describing it as an “epidemic we can control”.

McConaughey is one of many celebrities that spoke out about the recent tragedy. Meghan Markle visited the memorial site for the victims. Both James Corden and Jimmy Kimmel delivered a monologue in response to what happened in their late-night shows. And Mark Ruffalo criticized Texas senator Ted Cruz on Twitter, accusing him of running a ‘death cult’.

The Uvalde school massacre took the lives of 19 children and two teachers at Robb Elementary School. According to officials, the gunman was in the building for more than an hour before he was shot by Border Patrol. The Uvalde shooting has been described as one of the deadliest attacks since the Sandy Hook Elementary shooting in 2012.