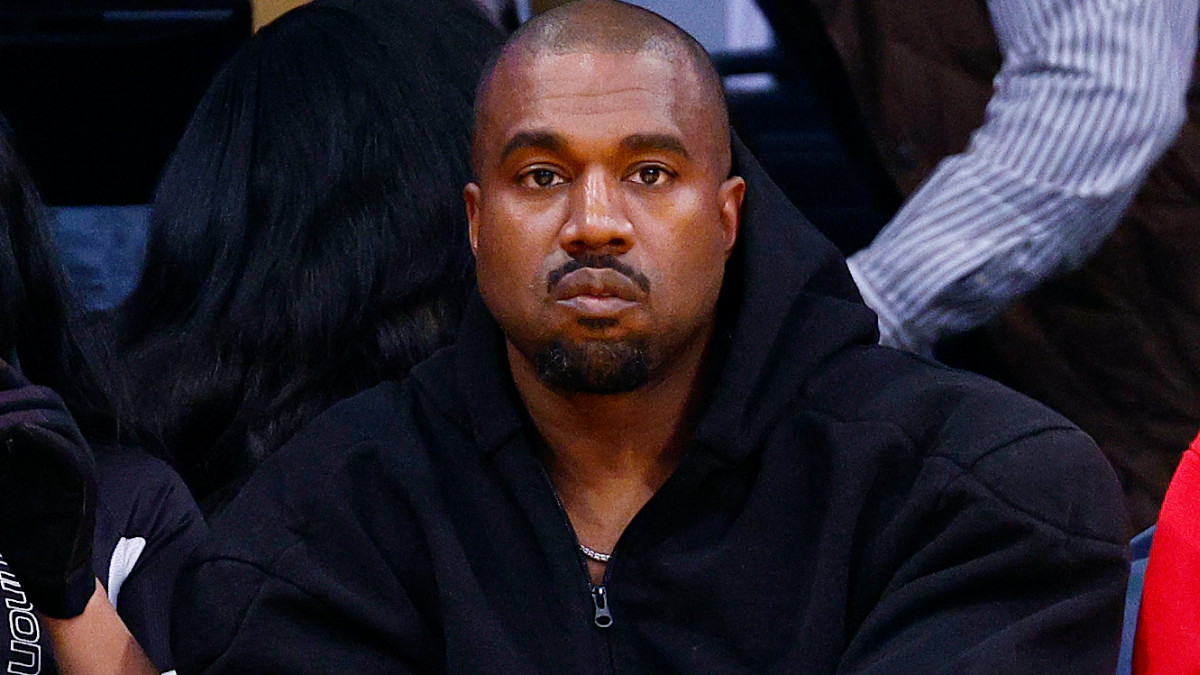 Kanye West has been fairly quiet over the course of the past month, as the rapper is reportedly seeking treatment in the wake of erratic behavior that led to his brief Instagram suspension and being banned from the 2022 Grammys. However, West, who recently had his name legally changed to Ye, has an eyebrow-raising verse on a song from Pusha T’s new album It’s Almost Dry, which was released on Friday, April 22.

In West’s bars near the end of the track “Dreamin of the Past,” he alludes to the safety of his family: “Born in the manger, the son of a stranger — when Daddy’s not home, the family’s in danger.”

Now, that line could obviously mean any number of ambiguous things. But given his public smear campaign of late, directed at his ex Kim Kardashian’s mothering skills and her new boyfriend Pete Davidson, it’s somewhat worrying nonetheless.

Though, it’s also unclear exactly when West contributed the lyrics. On another track from the album, “Rock N Roll,” West appears alongside rapper Kid Cudi, who he has since had a messy public falling out with. Earlier this week, however, Cudi took to social media to clarify that the track had been recorded a year ago and he emphatically stated that he and West are no longer friends or collaborators.

“So I know some of you heard about the song I got w Pusha,” Kid Cudi explained in a tweet. “I did this song a year ago when I was still cool [with] Kanye. I am not cool [with] that man. He’s not my friend and I only cleared the song for Pusha cuz that’s my guy. This is the last song u will hear me on [with] Kanye.”

Earlier this year, Ye attacked Cudi in one of his many since-deleted Instagram posts. Just so everyone knows Cudi will not be on [Donda 2] because he’s friends with you know who,” West wrote on lined paper, referring to the rapper’s friendship with Davidson.

“Too bad I don’t wanna be on ur album u f—in dinosaur hahaha,” Cudi responded in a comment. “Everyone knows I’ve been the best thing about ur albums since I met u. Ima pray for u brother.”

Meanwhile, Pusha T performed “Dreamin of the Past” on The Tonight Show Starring Jimmy Fallon on Thursday night ahead of the release of the album, sans Ye.

You can watch below.