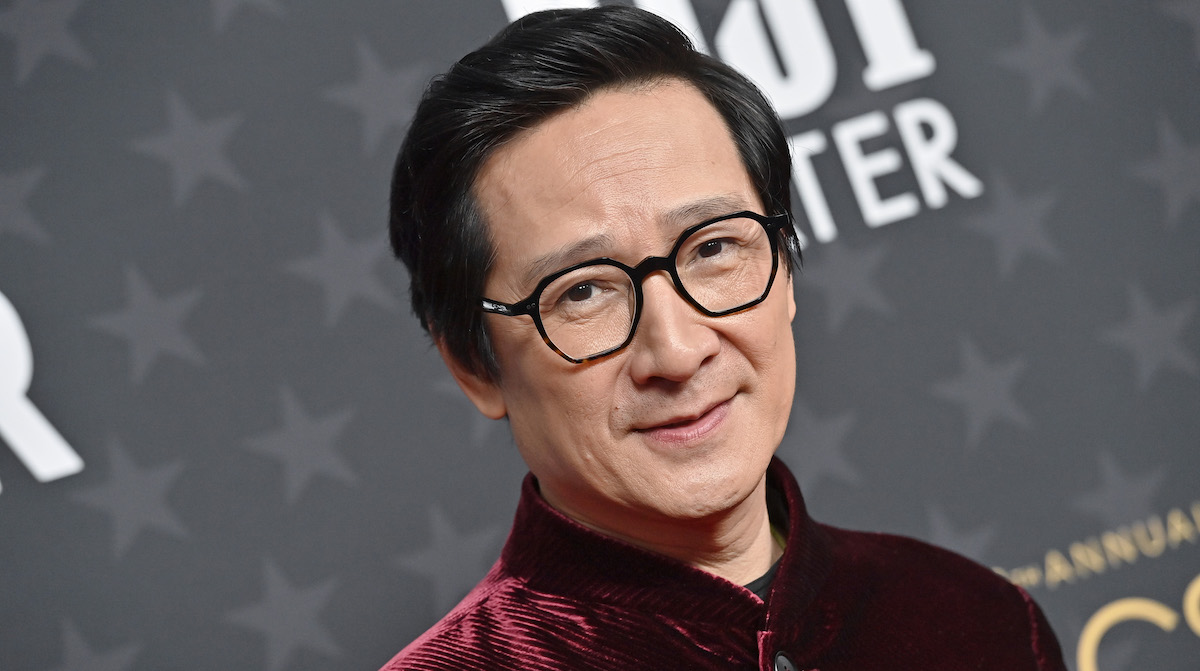 From Brandan Fraser to Jennifer Coolidge, this award season has been all about the overlooked stars of the movie industry, but none have made quite the splash of Everything Everywhere All At Once‘s Ke Huy Quan (and his co-star Michelle Yeoh). Straight out of his win at the Golden Globes for Actor in a Supporting Role (and giving what was possibly the best speech of the night), and his recent Critics Choice Awards victory, Ke Huy Quan is one of this awards season’s main protagonists.

Talking to ET about the whirlwind of the past year, Quan resolutely remarked that all he wanted was a job. What he got instead, was far beyond his wildest expectations. Everything Everywhere All At Once, directed by the Daniels, became one of 2022’s most unexpected and talked-about hits. It’s won 215 awards since it premiered in April, 43 of which have gone to Quan, who played Evelyn’s husband Waymond in the film.

“I cannot believe what this movie has given me. I’m so lucky. And what a weekend this has been. This is one week that I will never, never forget.”

The Vietnamese-American actor stopped acting in the late 1990s due to dwindling opportunity, but was inspired to get back in the saddle after watching Crazy Rich Asians, he revealed during Hollywood Reporter‘s actors’ roundtable.

It was only two weeks after Quan got a talent agent that he received a call to audition for Everything Everywhere All At Once. After that, he booked two other movies, and two shows, including the second season of Marvel’s Loki.

The awards season’s top bill, the Academy Awards are coming up in March, and everything points to Quan receiving at least a nod for Actor in a Supporting Role. The nominees will be revealed Tuesday, Jan. 24.