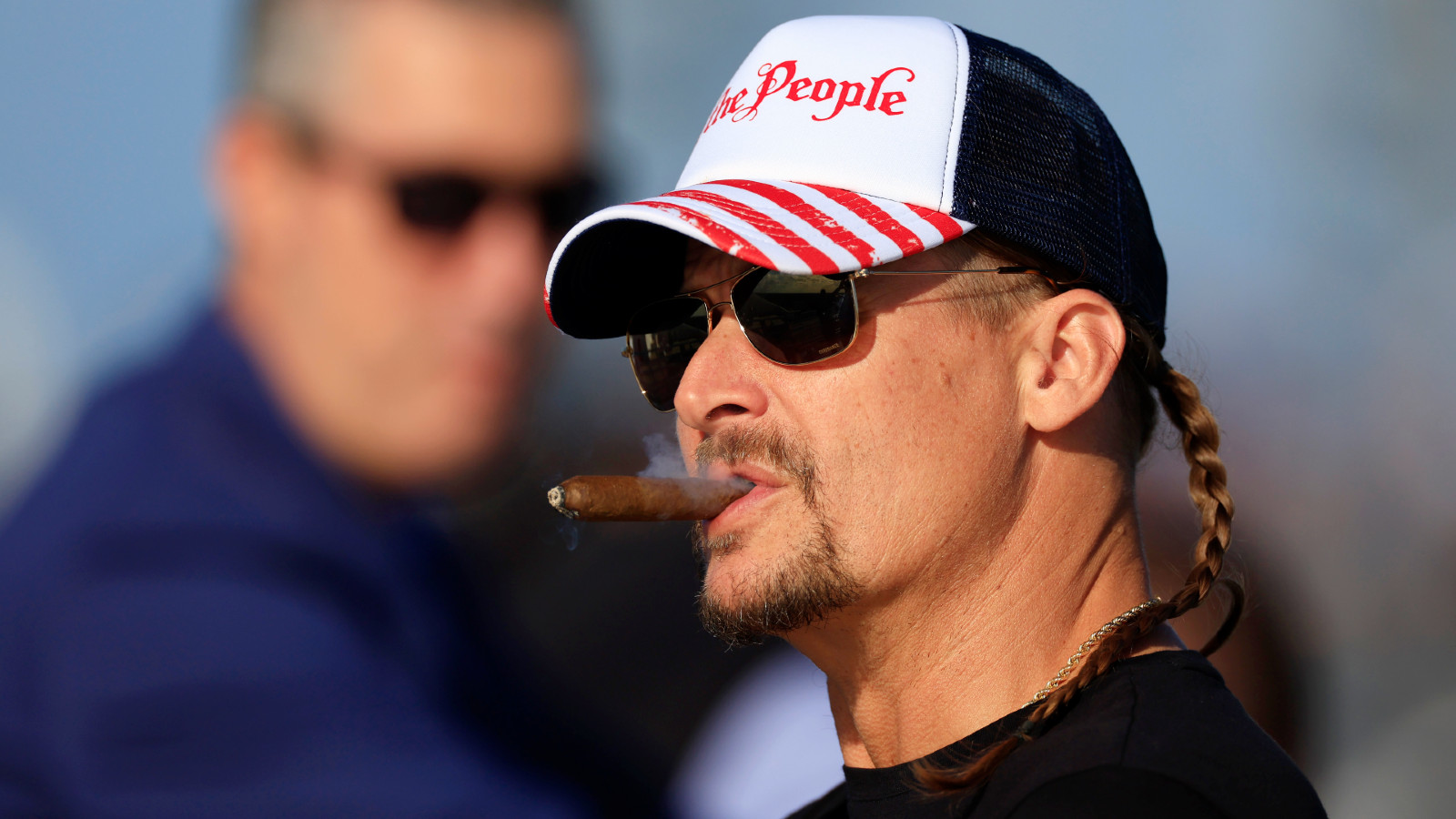 Kid Rock sat down with Tucker Carlson for an interview streaming exclusively on the Fox Nation digital platform, where he discussed a headline-grabbing incident from 2019 in which he went off on a drunken rant about Oprah Winfrey, Joy Behar, and most puzzlingly of all, Kathie Lee Gifford.

Shortly after, Rock was helped off-stage by security.

“A drunk man’s words are a sober man’s thoughts, I own what I said,” Rock told Carlson, in a special titled Tucker Carlson Originals: Life of a Rockstar. “I don’t apologize to anybody. I’m not an Oprah Winfrey fan. I got drunk and fuckin’ next thing, I’m on stage [saying] fuck Oprah.”

However, as the evidently “uncancellable” 51-year-old elaborated, the dig at Gifford was actually accidental.

“I was trying to go after Kathy Griffin you know, for holding up Trump’s head, but I’m so out of it I’m like, ‘Fuck Kathie Lee Gifford,” Rock explained. “When it comes back on TMZ or whatever a few weeks later I’m like ‘Oh man, I like Kathie Lee Gifford.’ We’ve been kind of friendly throughout the years.”

This isn’t the first time Kid Rock has addressed the incident. After the story initially went viral, he offered not an apology — but an explanation, of sorts, on his Facebook page.

My people tried to get me to do The Oprah Winfrey show years ago and her people wanted me to write down 5 reasons why I loved her and her show … I said fuck that and her. End of story.

I am just saying what a lot of people think. Not saying I should be, but sometimes I just do. Oh well. I have a big mouth and drink too much sometimes, shocker! I also work hard and do a ton to help others out but that’s just back page news because the press hates I love Trump, fuck them too. I am what I am, I ain’t what I ain’t!

PS And you haters and internet trolls can check my touring numbers and shut your ignorant asses up! Boom!

PSS I did not get removed from MY OWN BAR (fake news) if anything I was leaving and the cops were helping me out…Hey, at least I don’t drink and drive!!

PSSS. Was it racist when I said “Fuck Joy Behar”??? And by the way … I love Kathy Lee Gifford.

There’s not much more to be said here except, again, sorry Kathie Lee.