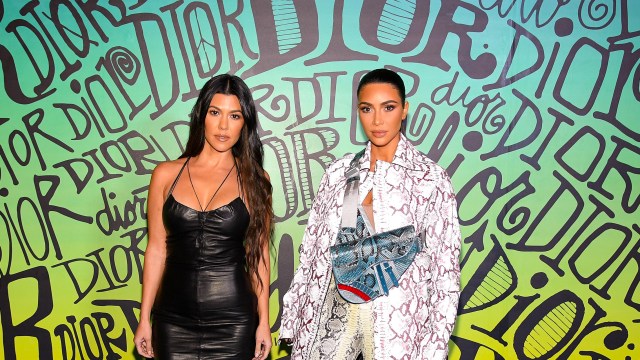 Some of the most recognizable names in entertainment, including Kim and Kourtney Kardashian, have been cited as some of the biggest wasters of water in Southern California.

The area is currently in the third year of a brutal drought, and celebrities were among the 2,000 customers who got “notices of exceedance” from the local water district. The notices say that the customers overused their water budgets by 150 percent at least four times since the end of the year, according to a report by The Los Angeles Times.

Other cited celebrities include Kevin Hart, Dwyane Wade, and Sylvester Stallone. Everyone who received notices will now be subject to flow restrictor devices that limit water flow in showers and sprinklers.

“Customers are expected to adhere to the water use reductions and water conservation measures that are in place due to this emergency,” the notices said.

The most egregious overuse belongs to Wade, who used 489,000 gallons on his property in May, more than any other water user in the area. Wade and his wife Gabrielle Union said the water issue was due to a malfunction in their pool.

“We have been doing everything we can to rectify the situation and will continue to go to extensive lengths to resolve the issue. We have replaced all parts of our pool system that [have] to do with water flow and leakage in addition to converting to synthetic grass and drought tolerant plants to reduce our water usage. We will continue to work with the city and the water distribution company to make sure this isn’t an issue moving forward.”